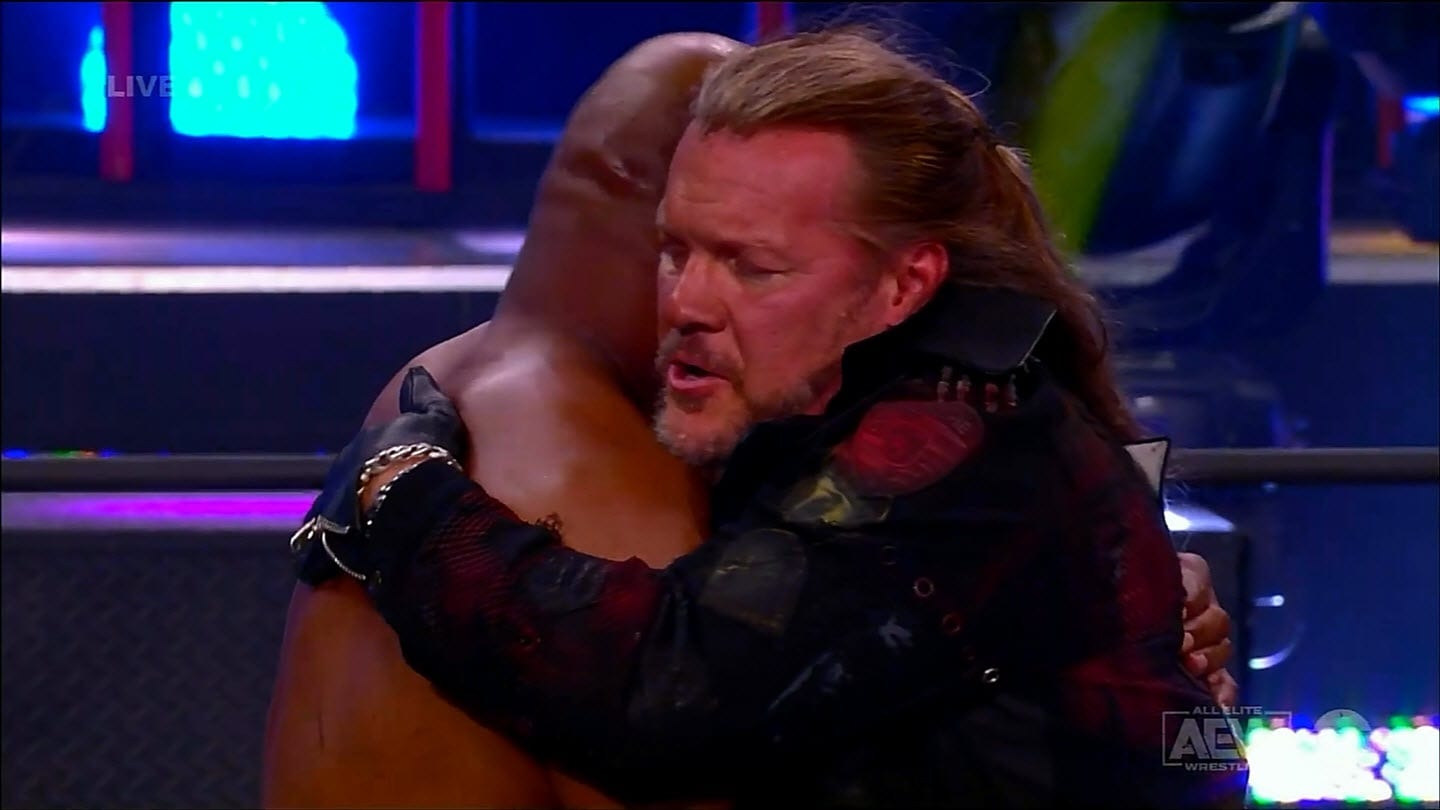 AEW waited until yesterday to announce that Mike Tyson would be on Dynamite this week. It was unknown what Tyson would even do on the show, but fans found out soon enough.

Chris Jericho cut an amazing promo on the Inner Circle this week on Dynamite. That set up a Blood & Guts match for May. Then he returned later, but it wasn’t under the best circumstances. The Pinnacle was beating him down, but then Mike Tyson ran out for the save.

Iron Mike ran off The Pinnacle after Shawn Spears took several shots from Tyson in the process. After the heels left, Tyson and Jericho hugged it out in the ring. Those two former foes have now buried the hatchet.

We have no idea how this will build to anything in the future. It might have been just another Tyson appearance for the sake of having him on the show.