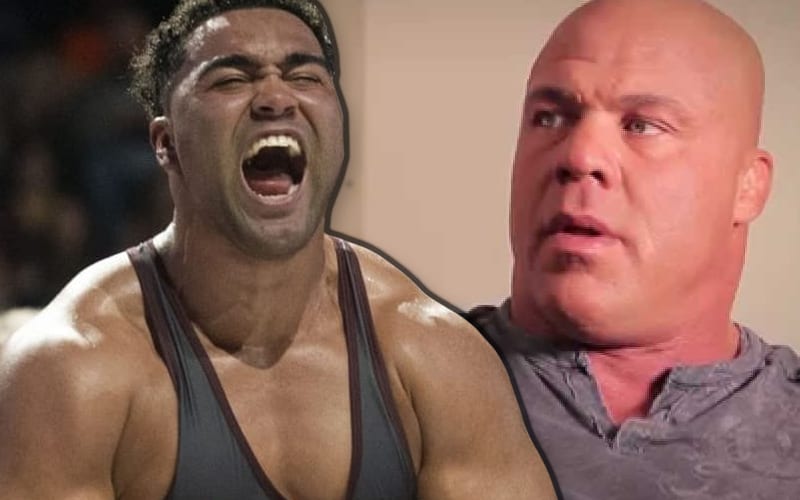 WWE has their eye on a few top prospects around the athletic world. Gable Steveson is certainly getting a lot of attention. There is a reason why Brock Lesnar has gone out of his way to train with Steveson.

During The Kurt Angle Show, the Olympic Hero brought up Gable Steveson and his potential. He said that there is no way that Steveson won’t go to ether WWE or UFC. He said that a man with his talents needs to go somewhere.

“I think he’s going to be a big star. Look at his look. If he adapts to pro wrestling and picks it up like Brock Lesnar, he is going to be exactly like Brock Lesnar, so I think he needs to take the chance. Whether he goes to MMA or WWE, one or the other, but he’s got to do one of them. I think that he is a future star regardless of what he does. He’s got a great look to him, great athlete.”

We’ll have to see what’s in Gable Steveson’s future. He has a ton of potential and a lot of eyes on him as well.

This entire experience is pretty surreal for Gable Steveson as well. When he heard what Kurt Angle said about him he replied, “Wait… @RealKurtAngle said that.. About me? Nahh that’s crazy!!”