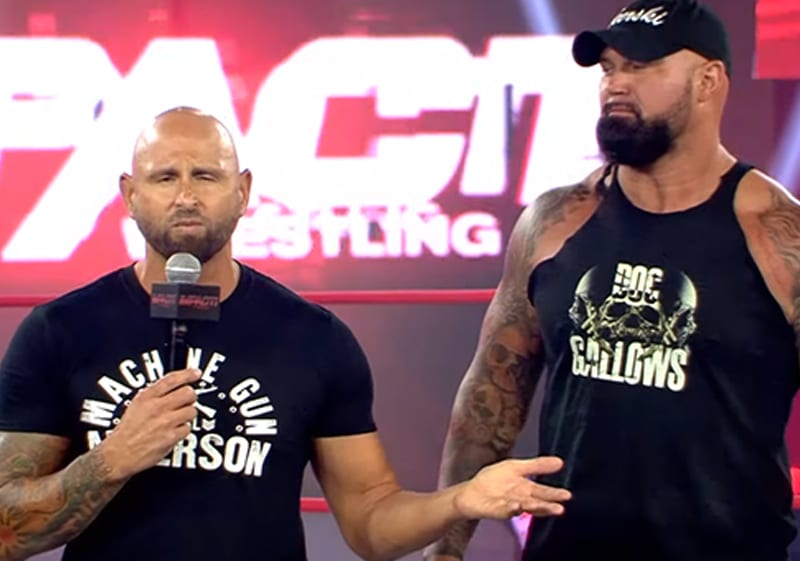 Impact Wrestling noticed the mass releases that WWE executed on April 15th, 2020. They were also very quick to capitalize on the situation.

The Good Brothers had just participated in the Boneyard Match at WrestleMania 36 and then they were released. Gallows told Fightful that Impact Wrestling wasted no time calling them up.

Gallows said that Scott D’Amore called them within 15 minutes of WWE releasing them. He told the Good Brothers that their 2019 offer was still on the table. That was obviously an offer they didn’t refuse.

It’s unclear when the Good Brothers will be able to make it back to Japan. They want that opportunity, and Impact Wrestling and NJPW’s new relationship might make that even easier.

Many of those released WWE Superstars have found new pro wrestling homes at this point. It didn’t take Luke Gallows and Karl Anderson long before they had their future figured out after such an unexpected and terrible event of losing their jobs during a pandemic.