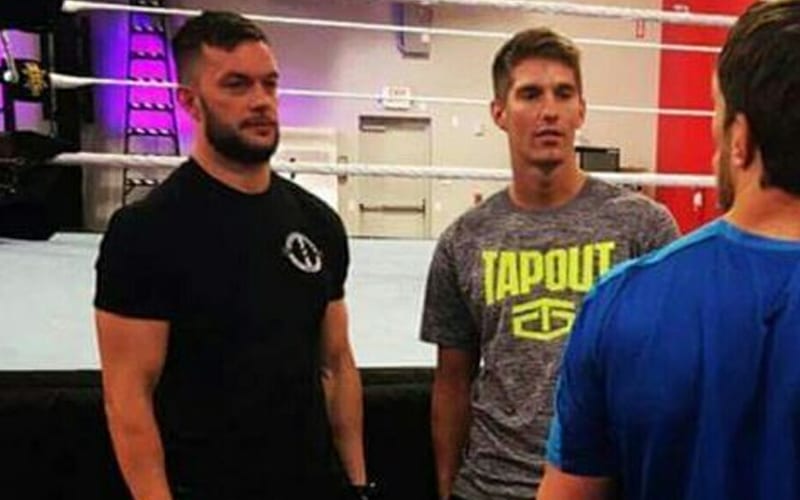 WWE NXT Champion Finn Balor is undoubtedly one of the top Superstars in the company and he definitely has a lot of wrestling knowledge that he could teach to the Superstars of tomorrow. That is assuming he even wants to in the first place.

While speaking to the What’s The Story podcast, Finn Balor was asked if he wanted to become an NXT coach after he hangs up his boots.

Finn Balor revealed that he didn’t believe he wouldn’t really make a good coach in general. Balor ultimately didn’t seem too keen on the idea of becoming a coach.

“I’ve had arguments with people about wrestling training. I don’t think you can teach people wrestling. They’ve kind of asked me would I be interested in being a coach after I’m done wrestling and I told them, ‘You don’t want me coaching people because one day I’m going to tell them everything is s**t. The next day I’m going to tell them everything is great. One day I’ll say hit them with the right hand, the next day hit them with the left’. I don’t know what’s good and what’s bad. It doesn’t really matter, do what you want. Some people will love it, some people will hate it. You’ve just got to try stuff. It’s not like you train, you’re the best, and you win. There are too many factors that you can’t put your finger on and you can’t learn or train. Just keep doing, whatever you’re doing, over and over until it works. You don’t need me or anyone to teach you that. Just keep doing it and figure it out yourself.”

Regardless of him becoming a coach or that, that is still far into the future. Balor currently has to contend with Karrion Kross on night two of NXT TakeOver: Stand & Deliver as he is set to defend his title in the match.