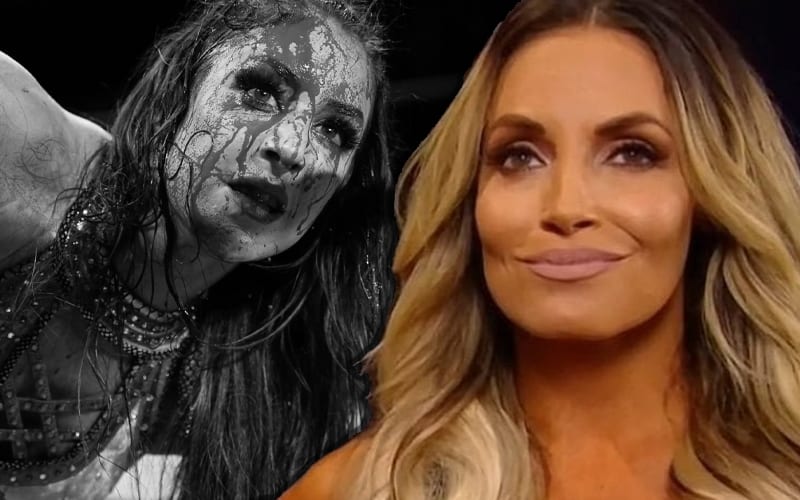 Trish Stratus influenced the careers of many women in pro wrestling today. Britt Baker is among those names and she recently received a great surprise on social media.

Busted Open Radio was advertising Trish Stratus’ appearance on their radio show. Then Britt Baker chimed in and told them to tell her “hi” for her. Little did she expect, but Trish saw that tweet and responded in a huge way.

Hello you bloody legend – literally! Wanted to reach out to give you the proverbial thumbs up but well, you know how that went for some … but since I have you, thank you for your work and contributions as a woman in our sport. Keep it up girl

Britt Baker was pretty blown away after seeing that response. It’s totally understandable that she was at a loss for words, but she did reply back saying: “ILY.” Trish Stratus won’t be at WrestleMania 37, but she was apparently watching that unsanctioned match on AEW Dynamite.