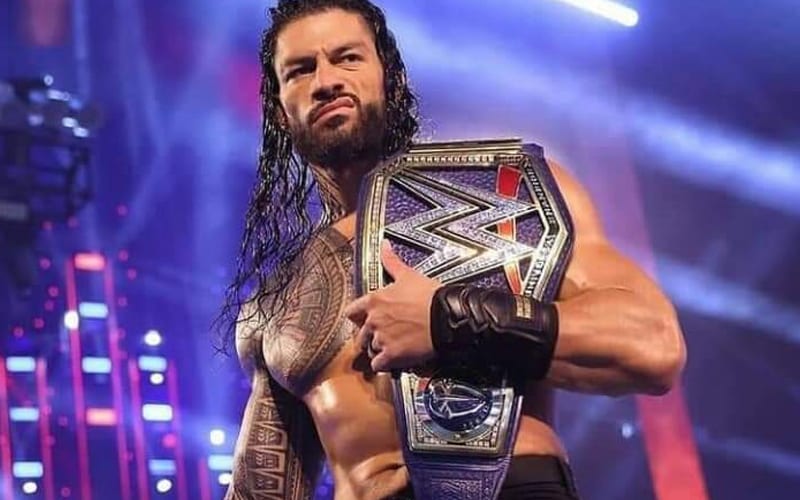 Roman Reigns is on top of his game and headed into another WrestleMania event. Everything must come to an end, even for someone like Reigns.

PEOPLE recently spoke to Roman Reigns where he discussed how much fun he’s having as a heel. He also spoke about the time he took off in 2020 to focus on his health during the pandemic’s start.

“Stronger than the last time I posted this lift. Progress is the daily, mostly and yearly goal. Enjoy the process of breaking through plates to continually get better … I told Neil when we first met over a year ago, that I want to grind it out for the next 15 years. I want to maximize my potential for the next 15 years. And I told him, ‘This is who I am, as a performer, as a talent, but I also am a father, I’m a husband. I wear all these different hats.’ And man, we’ve been on an unbelievable journey thus far.”

Reigns revealed that he said that he wants to wrestle and continue grinding for WWE for the next 15 years. That is a lofty goal, but the 35 year old Tribal Chief could very well wrestle that long, if not longer.