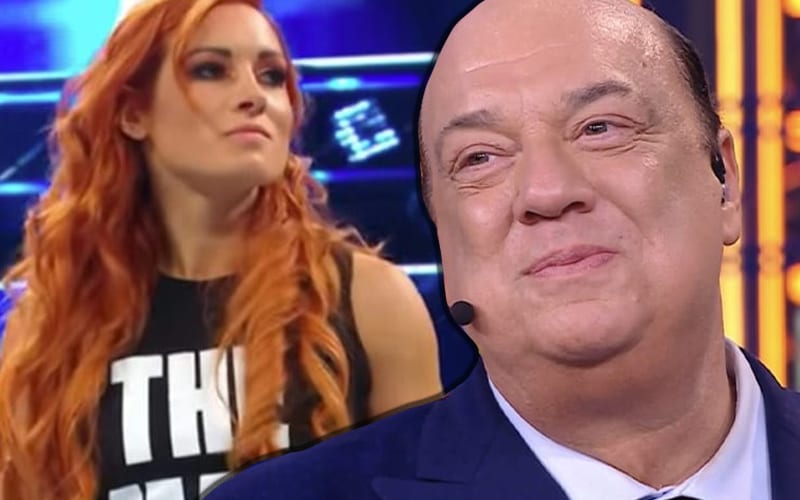 Becky Lynch had baby Roux in December, but fans are still waiting for her return. It will come eventually, and Paul Heyman has a brilliant idea of how to pull it off.

While speaking to Sports Media podcast, Paul Heyman revealed how he would craft The Man’s return to the ring. She could be easily written into a situation to see her have a huge moment leading to next year’s show of shows. The only issue is that Heyman hopes the same thing for Roman Reigns.

Becky Lynch is an extraordinary talent. It would not only be very easy to write Becky Lynch, 2022 WrestleMania and the scenario and the match and where we go and how we get there. The most difficult thing about that as it will be for what I envision for Roman Reigns, as it would be for how I would craft a Ronda Rousey scenario or a Brock Lesnar scenario, the most difficult part would be editing it, because the flood of ideas for these extraordinary talents who push themselves past their own limitations. It’s overwhelming at times and you can only pick so many different scenarios because you have to let them all play themselves out. So, coming up with something for Becky Lynch for next year’s WrestleMania is not the problem. Which one you decide on is the key, is paramount to the process because there’s an infinite number of scenarios that Becky Lynch would excel in. She’s just that talented and that willing to push her talents past her own parameters.

We’ll have to see how long it takes for Becky Lynch to make a return to the ring. Hopefully, she doesn’t wait until next year’s WrestleMania to make her presence known. Seth Rollins was pretty tight-lipped about her return to the ring. This is certainly a situation that we will keep a close eye on.