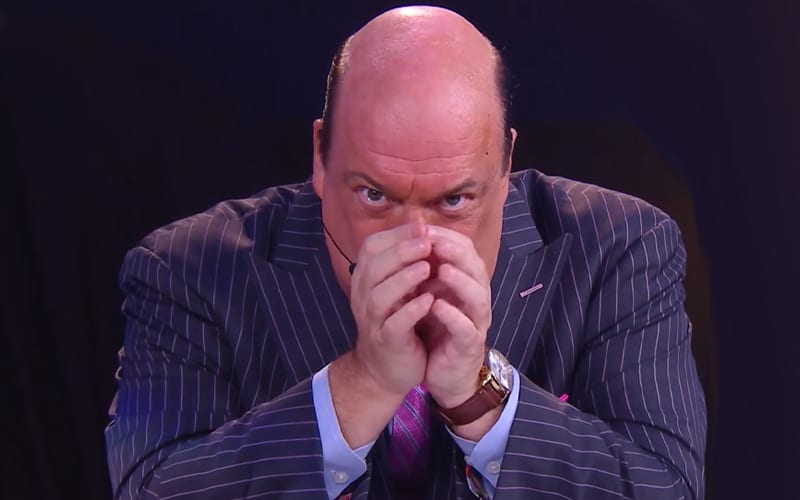 Many pro wrestling names have podcasts where they can share their opinion about any number of things. Paul Heyman seems like the perfect person for a platform like that, and it almost happened on a couple of occasions.

Paul Heyman recently spoke to the Sports Media podcast and he revealed something very interesting. He has come close to doing a podcast in the past, one of them was with Ariel Helwani. Of course, neither of those projects materialized.

“A podcast has always been of interest to me since podcasts first burst upon the scene. I’d been very close to doing a podcast twice. Once was actually with Ariel Helwani, where — and this was before I returned to WWE in 2012 where we would discuss, A, mixed martial arts, B, sports-entertainment slash professional wrestling, C, all other things in sports and media and there was another discussion that I had about an ‘all items on the table’ podcast a few years ago where I was very close to taking the offer and I felt at the time I was selling my services too early in the podcast game, let the market mature and let other people continue to build the forum known as a podcast, platform known as a podcast so that it reaches a maximum value and then get into the market place. I would be happy to do a podcast, whether it’d be looking back on the disruptive force that was ECW, whether it is a contemporary podcast about modern day sports, entertainment or whatever the discussion may be.”

“But now, it’s a matter of the financial consideration bluntly, because it is such a huge market and it’s continuing to grow at a rapid pace and so my market value increases by the day. I don’t wanna sell short. Why would I want to? And also because it is not just an investment of time. Time is not my concern. It is an emotional investment, because if I do a podcast, I want to blow other podcasts off the map. I want it to be the undisputed best podcast in the world. I want the discussion to be, ‘What’s the best podcast? Well, other than Paul Heyman’s, here are the contenders to be considered number one.’”

We’ll have to see if Paul Heyman ends up with a podcast when this run with WWE is over. He seems very busy as the Special Counsel to the Tribal Chief right now. He’s also racking up plenty of stories to tell at the same time.