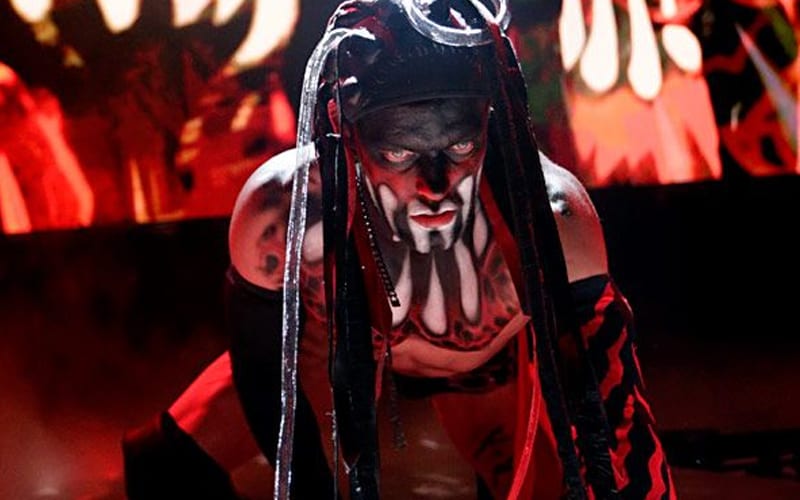 Finn Balor is set to defend the NXT Title against Karrion Kross during night two of NXT TakeOver: Stand & Deliver. That match has a lot of possibilities, but don’t expect to see the Demon.

While speaking to ITN WWE, Finn Balor was asked about returning to the Demon to face Karrion Kross. He admitted that this is a dream match of epic entrances, but Balor feels at this stage in his career it would be taking a step back for the Demon to return.

“As soon as Karrion Kross came to NXT, people kinda had this idea of a dream scenario of Karrion Kross versus The Demon. The battle of the two entrances, and the battle of the two darker characters. But for me, in this moment of my career, I feel like The Demon would be a step back. I feel like right now with my ring work as the Prince, I feel very comfortable. I feel very controlled. And I feel that’s the direction I have to go at TakeOver.”

You never know what the future holds for Finn Balor. This time last year few would have predicted the trajectory his career took. He can always bring back the bodypaint and pull the Demon character out of the cobwebs. Right now The Prince seems to be doing fine on his own without that gimmick’s help.