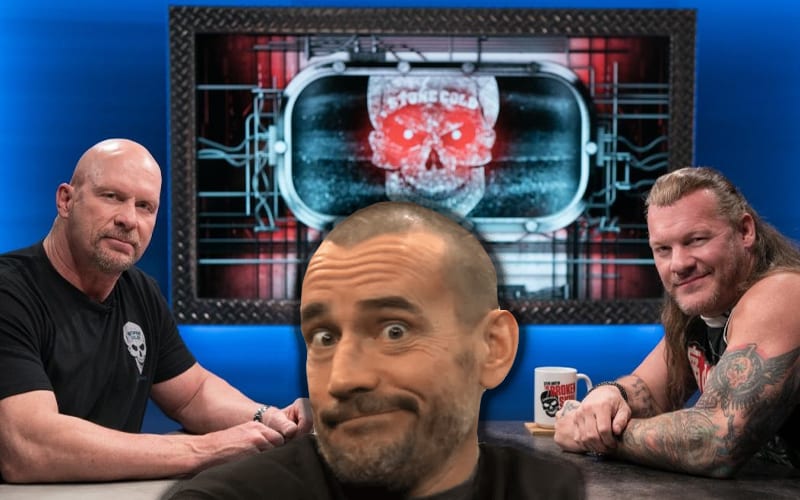 WWE sparked a huge conversation when it was revealed that Chris Jericho is set to be a guest on the Broken Skull Sessions. A lot of fans are very interested in the April 11th interview, but CM Punk doesn’t think it will be much to write home about.

While speaking to TMZ, Punk said that he’s sure Jericho won’t get a bunch of hard questions from the Texas Rattlesnake. He said that Jericho probably shouldn’t be grilled with tough questions either. In the end, it will be a feel-good interview that will likely mention AEW, but primarily focus on Le Champion’s time in WWE.

“It feels like it’s gonna be softball questions. I don’t know if they’re going to ask Jericho all the tough questions — and nor do I think that they possibly should.”

“It will probably just be like a feel-good interview. They’ll talk about Jericho’s past at WWE, I’m sure they’ll mention AEW but they won’t get into the hard questions that I think a lot of people would be interested in.”

“Anytime anybody’s talking about you, it’s good. There will be people who don’t know AEW exists who will watch it and say ‘Oh wow cool, I didn’t know that, I just thought Jericho was retired.’ But, there is also something to be said about keeping your guys special and the only place you can see the superstar is on my television show.”

“It’s new age and I think both companies need all the eyeballs they can get at the moment so kudos to everybody involved.”

We will certainly be paying close attention to the Broken Skull Sessions with Chris Jericho. That doesn’t mean anything earth-shattering will take place during that session between the two. It is still a very intriguing idea as so many fans talk about the real forbidden door opening with this interview.