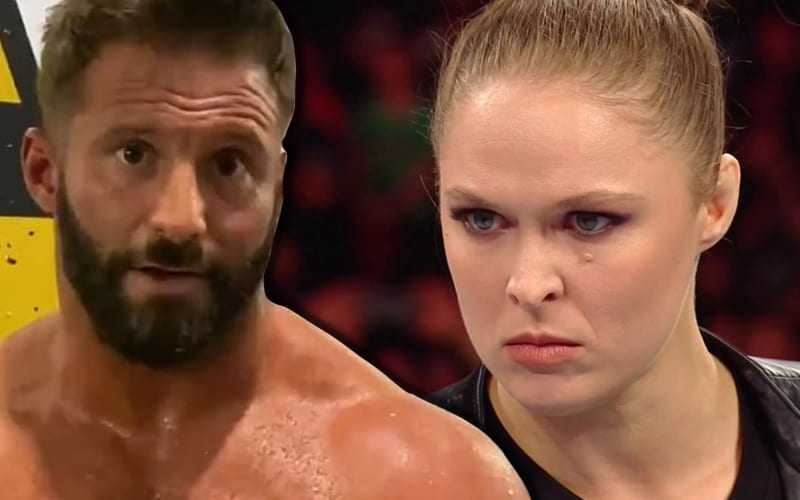 WWE wants to make sure that their special moments remain that way. They give a lot of thought into their shows, especially when a big name like Ronda Rousey is involved.

Ronda Rousey rehearsed all of her matches and every move was meticulously prepared. That caused WWE to prohibit some Superstars from doing moves that she planned to break out on the same show.

Matt Cardona recently spoke to Inside The Ropes where he revealed that WWE told him he wasn’t allowed to do a baseball slide because The Baddest Woman On The Planet had dibs on it.

Fans haven’t seen Ronda Rousey wrestle in a WWE ring for a very long time. That is interesting because her contract is reportedly expiring very soon. We’ll have to see if Rousey surprises us with a return to WWE, but Matt Cardona is free to do as many baseball slides to the floor that he wants to now.