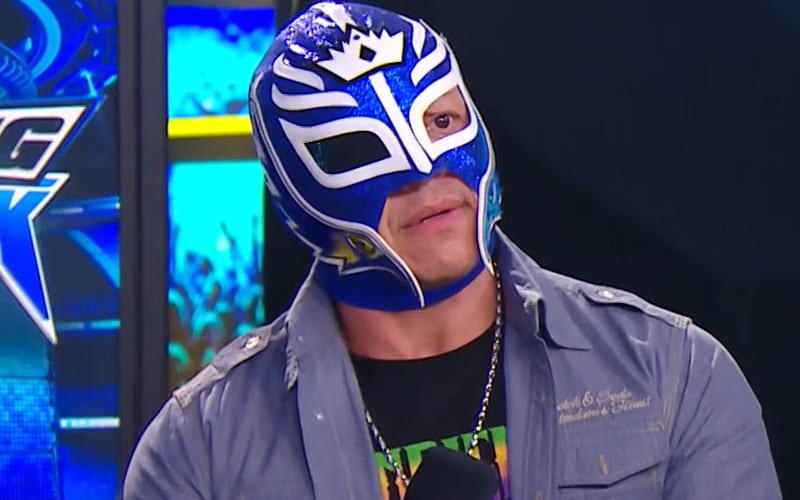 Rey Mysterio’s career in WWE is still going strong as he teams with his son Dominik. His name popped up on Twitter today and started trending in a big way, but it had nothing to do with his current WWE career.

Twitter is an interesting place and sometimes an old topic can catch fire. A couple accounts tweeted out mentions that fans today haven’t seen Mysterio wrestle without a mask on, something that fans remember from WCW.

Others joined the conversation about how much modern day wrestling fans won’t see. This caused more to tweet and use Mysterio’s name. Then it started trending and this caused a new flood of responses to people reacting to the fact that Mr. 6-1-9’s name was trending, causing a snowball reaction.

WCW did take away Rey Mysterio Jr.’s mask, but he was given that mask back when he joined WWE. At this point, WWE hasn’t removed Mysterio’s mask, but it’s not out of the question. They certainly have enough reasons to keep the mask on for merchandising purposes.

You can check out some of the tweets about Mysterio below.