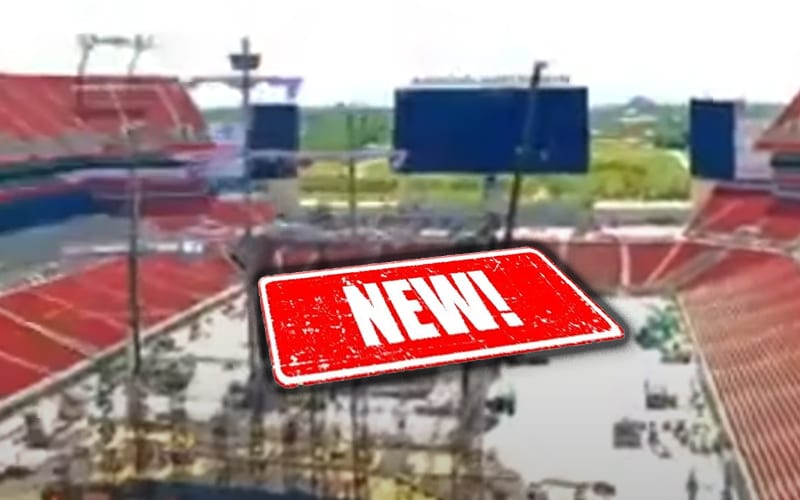 WWE is preparing for WrestleMania 37 and they are transforming Raymond James Stadium into the site of this year’s big event. Construction on the stage is underway and new drone footage shows their current progress.

Click here for the first real look at the WrestleMania stage to see the progress they’ve made.

New drone footage inside Raymond James Stadium shows what WWE has in store. They are constructing a massive stage and it appears to cover the famous Raymond James Stadium pirate ship as well. The jury is still out on whether or not Kevin Owens will get to leap off that structure like he wants to.

You can check out the new footage below. WrestleMania will take place on April 10th and 11th, so they have a few more days to finish things up before WWE welcomes back live fans once again.