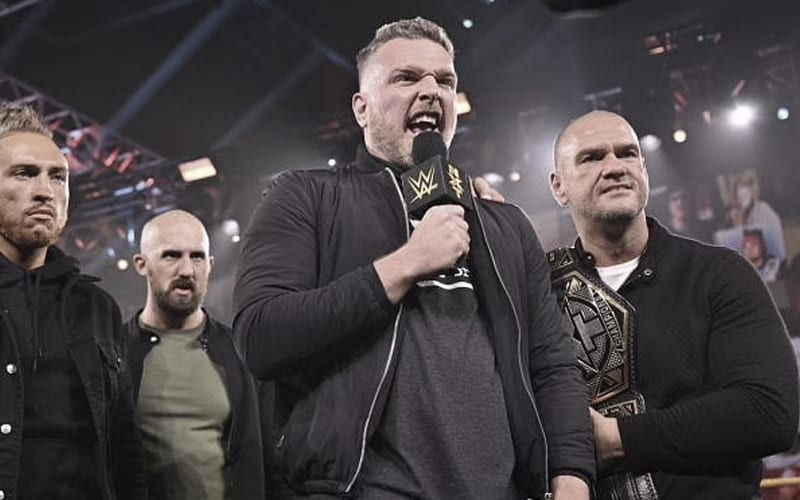 Pat McAfee made his NXT debut against Adam Cole as he was engaged in a feud with Cole last year. McAfee was last seen at NXT TakeOver: Wargames in December 2020 where his team lost against The Undisputed Era.

The former NFL player and current analyst certainly impressed many with his performance in NXT, but many fans wondered whether he was truly done with the company.

While speaking to Lucha Libre Online’s Michael Morales Torres, Triple H was asked to give an update on McAfee’s WWE future. The Game confirmed that McAfee would be involved with the company going forward and isn’t done with the company.

Triple H noted that McAfee’s scheduling is what has kept him off WWE television for so long.

“Pat McAfee is another guy who’s just a next-level athlete. You saw him a few times that he worked with us. Scheduling for him was always the issue with us, but you saw it.”

“Pat McAfee is continuing with us. There’s a lot of things he’s going to do with us in the future. There’s a great bright future. But his in-ring stuff, you know, was second to none. Because he worked so hard at it, and for me, if you have passion for what we do and passion for what we do in the ring, and you’re willing to work hard to get there. That’s great. Let’s go.”

We will have to see when Pat McAfee will make his WWE television return and how he will be booked upon his return.