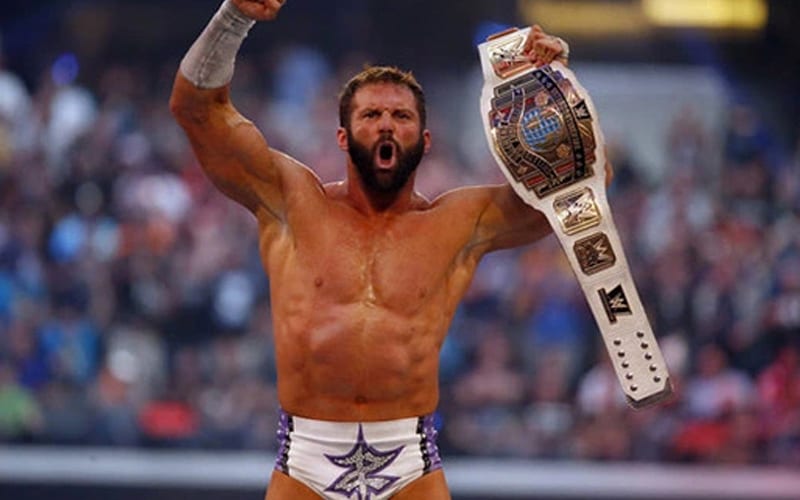 Zack Ryder was released from WWE on April 15th, 2020, but he didn’t stop at all. If anything, Matt Cardona turned his brand building into overdrive.

Cardona had a great WrestleMania moment as he won the IC Title on the grandest stage of the all in a chaotic ladder match. He lost that title the next night, but he still got that big moment at the show of shows.

The former WWE Superstar tweeted out a photo from that WrestleMania moment. He also said that he’s been proving his doubters wrong for his entire life. Now he is set to continue doing that over the next few years… and “it’s doesn’t matter where.”

I’ve been proving people wrong my entire career……big deal. I’m more concerned with proving myself and my fans right. I did that on this night. I plan on continuing to do that over the next few years…it doesn’t matter where. #StillHere #AlwayzReady #WrestleMania

We’ll have to see where Matt Cardona ends up next. He had a six-match stint with AEW, and then he ventured to Impact Wrestling where he’s been around for a bit. He hasn’t inked anything long term that we’ve heard of, so there’s always the chance that he could see a WWE return in his future as well.