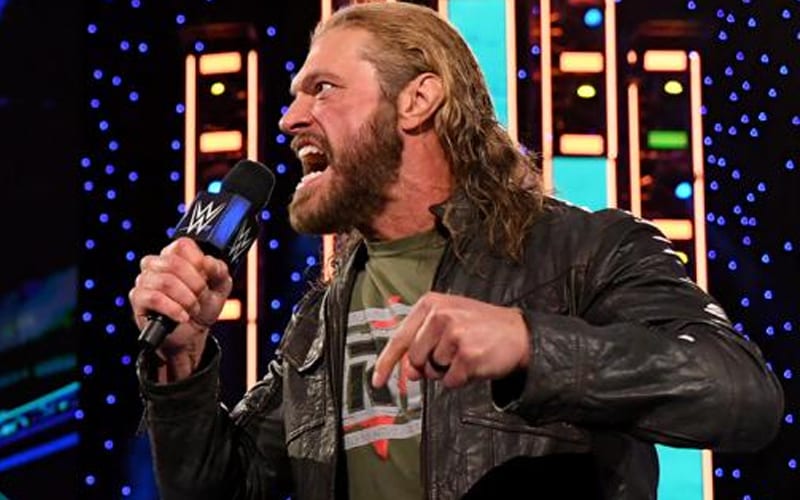 WWE Hall Of Famer Edge is a true veteran in the world of pro wrestling. Edge especially made a name for himself being the Ultimate Opportunist and one of the most hated heels during his WWE career.

It seems Edge isn’t a fan of the modern-day heels and how they conduct themselves. While speaking on Out of Character, Edge talked about the current state of heels in pro wrestling and feels like being a heel is a lost art now

Edge added that modern heels can be a bit “overpowering” at times and that nowadays it is more about the stars rather than the dynamic between the heels and babyfaces.

At some point, there needs to be that heel that is not the overpowering heel. That is the conniving, that is the manipulating, that is the ‘Oh man if the babyface could get his hands on that guy he would tear him apart.’ But he never gets him because the heel is always two steps ahead. I don’t know who that is right now, or who’s being given that opportunity, to be honest. Somewhere along the way, it became less about heels and faces and just about stars. But in that, I think you lost some of that dynamic.”

Edge explained that stories generally have a good and evil side for a reason and heels getting a reaction doesn’t always help.

“I know the argument is, as long as there’s a reaction. There’s a reason that stories generally have a good and evil. Now you can have shades of grey in there, but if we all kind of navigate through these shades of grey, then, I don’t know, you can get apathy too. So, I personally love the white hat – black hat…”

Pro wrestling is ever changing and there is no doubt the dynamic between heels and babyfaces will change once again in the future. We will have to see if pro wrestlers will eventually take Edge’s advice on what it takes to become a heel.