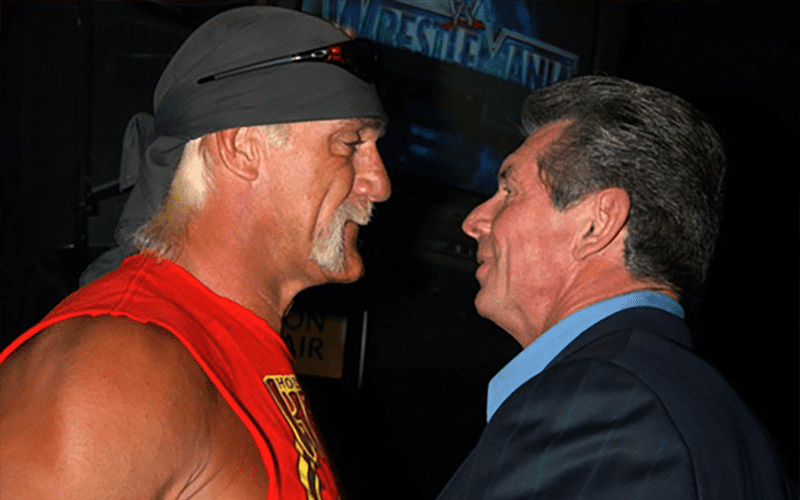 WWE Hall Of Famer Hulk Hogan remains one of the most popular pro wrestlers in the history of the business. At WrestleMania 6, Hulk Hogan faced off against The Ultimate Warrior in a singles match and managed to beat Hogan to win the WWE Championship.

It seems Hulk Hogan had an interesting pitch for the match. While speaking on After The Bell, Hulk Hogan revealed that he pitched an idea to turn heel at WrestleMania 6 after The Ultimate Warrior won the match.

Vince McMahon didn’t like the idea whatsoever and immediately shot it down.

“Vince and I had a disagreement. Vince had an opinion that Hulkamania had his run. And it actually went back to WrestleMania 6. When he asked me to put the Warrior over, I said, “That’s no problem at all, brother!” but my question always is, if I’m putting somebody over, what are we doing after that? And, you know, there wasn’t really a clear-cut answer for that.”

“I said, “Well, how about this. When I put him over and hand him the belt and everybody’s cheering for him, I get halfway down the aisle. How about I just… turn around and just grind him? Just drop him and just drag him around the ring. And I want to be ‘Hollywood’ Hulk Hogan!” I said, “I want to be HHH: Hollywood Hulk Hogan. The ultimate bad guy.””

Hulk Hogan forever remained a face throughout his run in WWE, but would turn heel at Bash at the Beach 1996 and formed the nWo along with Scott Hall and Kevin Nash.