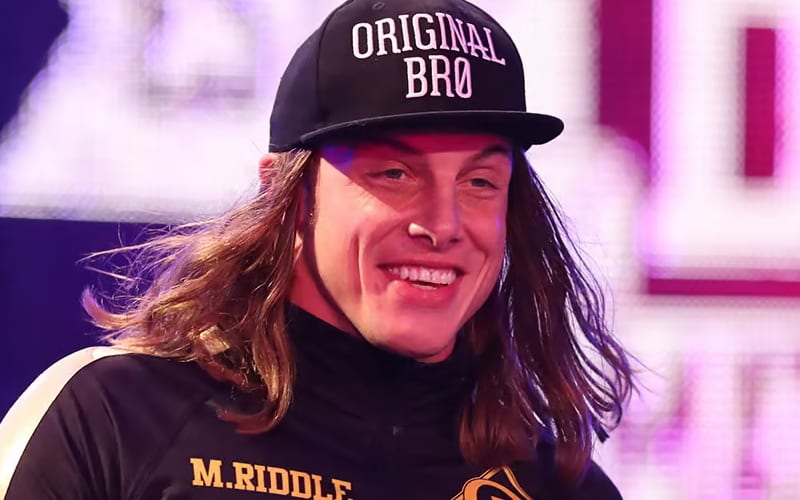 WWE NXT has a few interesting storylines going on right now. Fan interest is captured by Tian Sha and Boa. Riddle was paying attention as well.

Kayden Carter got a face full of smoke during NXT this week. Then she passed out and remained unconscious for the remainder of the segment. When Riddle saw this bit he obviously had other things on his mind.

“Bro,” Riddle tweeted back at WWE’s little clip of the segment. He didn’t say anything more than that, but he didn’t need to. Plenty of fans already know about Riddle’s affinity for marijuana and they got the joke.

We’ll have to see what’s next in NXT for this interesting angle. If anything, it might inspire Riddle to ask Vince McMahon for some smoke during his entrance.