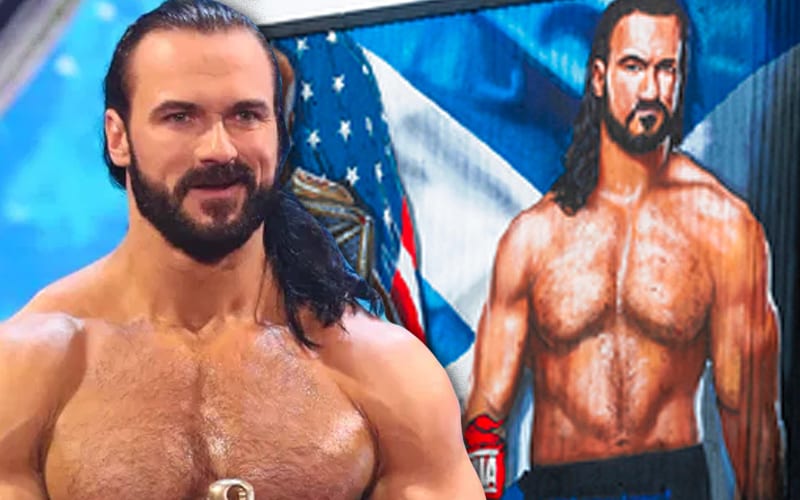 WrestleMania is a worldwide sensation and fans in Glasgow will be watching closely even if they can’t make it to Tampa for the show of shows.

An epic mural was painted in Glasgow featuring Drew McIntyre and Bobby Lashley. This took a ton of work and it was incredibly well done. When the Scottish Warrior saw this image, it brought back a flood of memories.

As a kid I traveled to the Glasgow wrestling shop to get WWE figures. I went to Uni there whilst pursuing wrestling, then at ICW we took over the city. Now I’m in the @WWE Title match at #WrestleMania and there’s a frickin mural of me in the G. This life…

This mural is pretty awesome and it will stand as a reminder of the second time McIntyre was in the main event of WrestleMania. This year will actually have live fans in attendance as well. It’s pretty cool to know that the show of shows will be over in one night, but that mural will be there forever, or until someone paints over it.