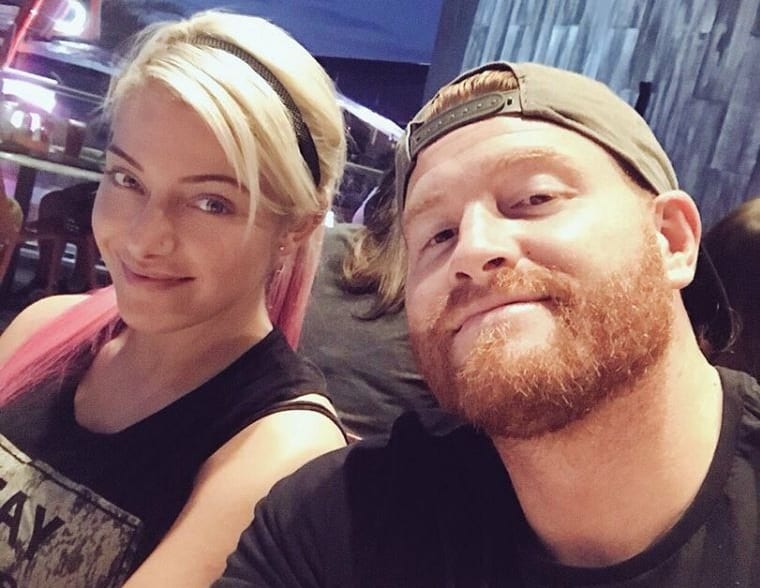 Alexa Bliss and Murphy used to be a couple for years. They were engaged to be married at a point, but they decided to split up. The two still talk, especially after Bliss posts workout pics.

Bliss recently revealed that she still gets texts from Murphy. She said that every time she posts a workout photo, he will fire off a text to her asking if she’s really working out of just posing for a photo-op.

Every time I post a pic of working out or equipment, I immediately get texts from Murphy asking if I’m really working out or if it’s just for the pic… not gonna lie, it’s about 50/50 … depending on the day. it’s about envisioning people!

A lot of people do go to the gym just to take a selfie and then exit. Bliss is obviously putting in more work than that, but Murphy just wants to make sure. About 50% of the time she’s doing more than just snapping a photo.