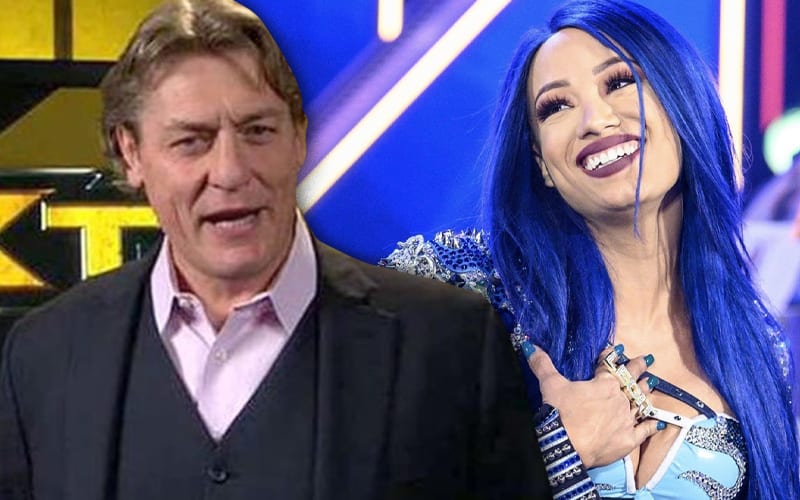 William Regal has an eye for talent and he knew there was something special in Sasha Banks. He even staked his career in WWE on her success, a gamble that paid off all around.

The NXT GM spoke to The Daily Star recently and he told the publication that he pulled for Sasha Banks from day one. He knew her since she was 19 years old and they already had a connection. Regal was so certain that she would work out that he told the company to fire him if she wasn’t a star.

“She was the first person I went to bat for to hire, because the people who were doing the job that I do now wouldn’t even give her the time of day,” said Regal. He described how he has known Banks since she was 19, and he built a connection with her early in her career.”

“I wasn’t doing this job then but in the afternoon at the shows, I’d always be training outside the ring and she’d be one of the ones who would always come and talk.”

“When it came to me getting this job… I went to them [about Sasha] and said ‘Look, if this doesn’t work out, you can fire me.’”

William Regal is still happily employed by WWE and Sasha Banks is a main event Superstar on her way to another marquee WrestleMania match. Regal’s feeling about The Boss was obviously a smart one and it’s a good thing that WWE listened to him.