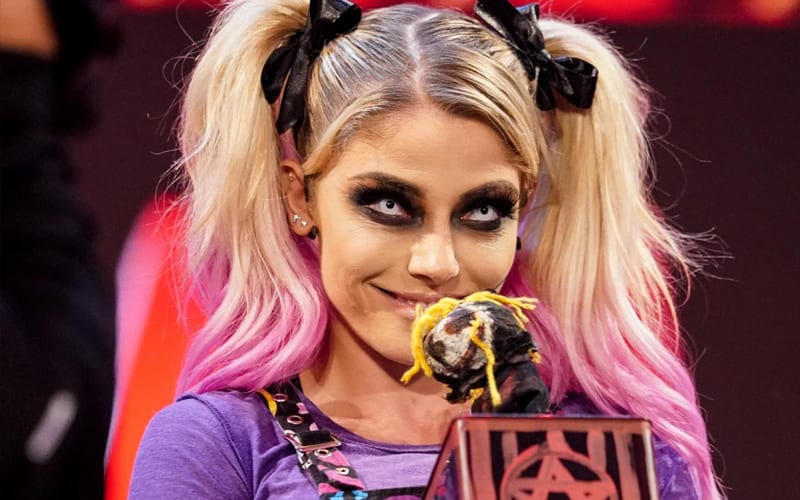 Alexa Bliss and Bray Wyatt’s union on WWE television made a lot of fans wonder what the company is planning next. There are a lot of ideas floating around right now with a few interesting possibilities.

Ringside News has learned that a pitch was made to give Alexa Bliss her own mask during this storyline. They haven’t debuted this mask yet, but the idea is still out there.

We were told that “I wouldn’t be shocked if [Bliss’ mask] shows up” because “they’re always looking at new versions of those characters.”

It is unknown how far along the idea got for this Alexa Bliss mask, or if it was actually created, but one pitch included debuting this mask at the Royal Rumble. Obviously, that didn’t happen and Bliss was eliminated fairly quickly as she attempted her transformation bit in the ring.

Bray Wyatt and Alexa Bliss’ storyline has gone through a lot since they first started things. The company plans to continue evolving that dynamic on the road to WrestleMania where Randy Orton is still their primary target.