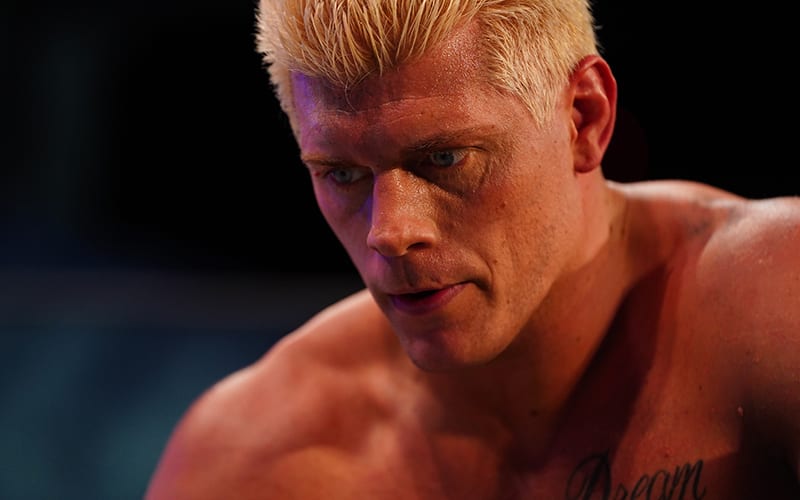 Cody Rhodes has seen a lot happen in his pro wrestling career already. He’s also learned a lot along the way as well.

One fan tweeted out to the American Nightmare to ask “what as one of the hardest lessons” he ever learned in the pro wrestling business. Cody responded that the lesson is to never believe your spot on the card and he gave a personal example of that.

Don’t believe your spot on the card. I was like 23 when I started doing my first main events on live events…and I became a little a$$hole. It’s a natural phase, but the sooner you realize not to be content or satisfied and that the fans come first, the better off you are.

Cody will likely have plenty more learning experiences in pro wrestling. As EVP of AEW he’s likely learning new things all the time and fine tuning his abilities to continue running a pro wrestling company from behind the curtain, a task that should never be underestimated either.