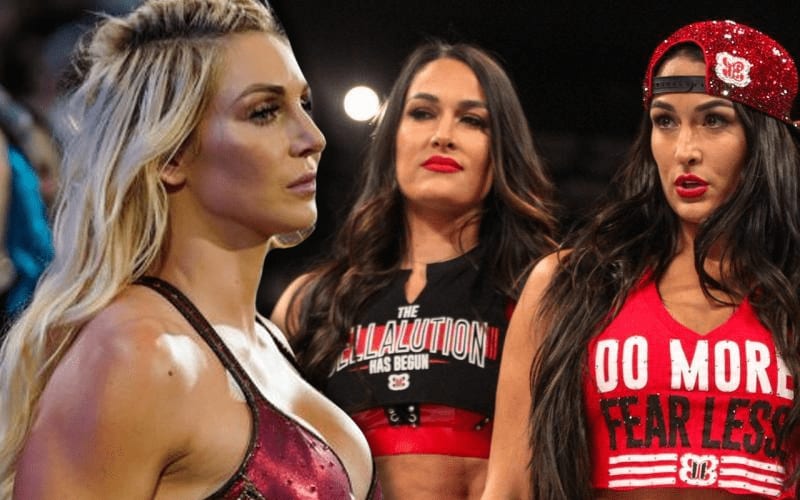 The Bella Twins are WWE Hall of Famers in the class of 2020. They will finally receive their inductions in a ceremony set to air on April 6th. Those speeches were cut extra short for time this year, too.

Charlotte Flair recently posted on social media to put the Bellas over in a big way. She remembers watching them and seeing what it’s like to really be a star. The Bella Twins also taught her a lot along the way, and she had nothing but congratulations for them.

“Congratulations Nikki and Brie. I can’t emphasize enough on what I learned having the opportunity to face them when I debuted. I remember watching their entrance as I stood in the ring and grasping what it meant to be a star,”

“They have opened doors for generations to come and I am thankful for the times I was able to be in the ring with both queens. So proud and congratulations ladies”

The Bella Twins influenced many women who came after them. Generations will look back as they bridged the gap between the Divas period and the current day of female Superstars in WWE. Their Hall of Fame induction is well-deserved, but they aren’t giving up hope on a comeback in the Fall.