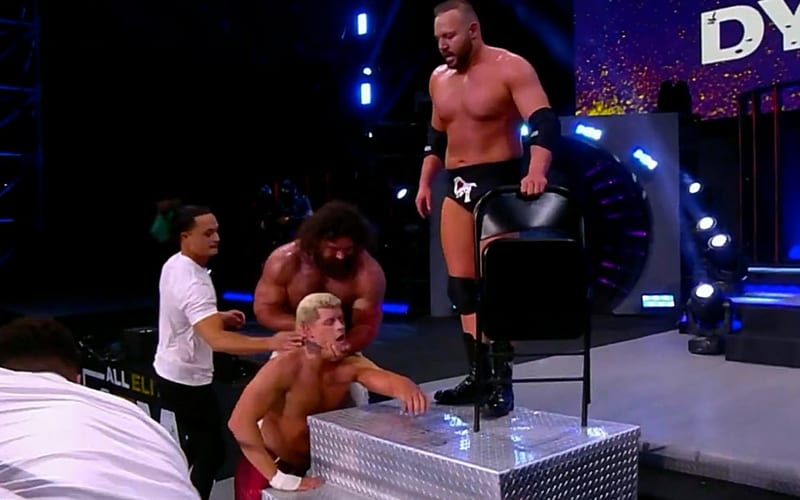 Cody Rhodes and QT Marshall were supposed to have an exhibition match on Dynamite this week. It did not end as anyone expected.

Students of QT Marshall’s from the Nightmare Factory were at ringside along with Dustin Rhodes. Cody and QT Marshall wrestled around for a bit and then Marshall nailed Arn Anderson, who was acting as special referee.

QT left and everyone got in the ring. Then Aaron Solow, Anthony Ogogo, and Nick Comoroto jumped everyone else. The Nightmare Factory students beat down everyone from Cody’s group, even busting open Dustin Rhodes in the process.

Dustin took a piledriver on the steel steps thanks to QT Marshall. They were about to piledriver Cody on the steps when Red Velvet ran out and stopped them. It appears that there is a new stable in AEW.