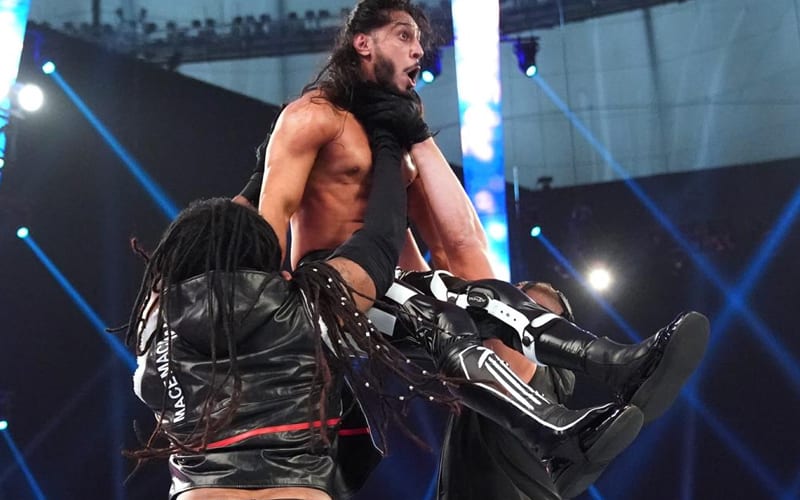 Mustafa Ali was featured on WWE RAW this week as he jumped Drew McIntyre at the end of RAW. The two had a match which Ali lost. That might be his new place on the WWE roster once again.

During Wrestling Observer Radio, Dave Meltzer discussed Retribution for a bit. He said that it appears that the stable is gone and Mustafa Ali will stick around as an enhancement talent.

“It’s just like Retribution. None of those guys are better off. They don’t even exist anymore. I figured the Retribution thing was a way to write them off. Now Ali can be back as a job guy and the other guys have disappeared.”

We’ll have to see what WWE’s plan is in this situation. Retribution seemingly kicked Mustafa Ali out of their group during the Fastlane kickoff show, but then they vanished. It was rumored that the company had a WrestleMania match in mind for the faction, but that obviously isn’t panning out right now.