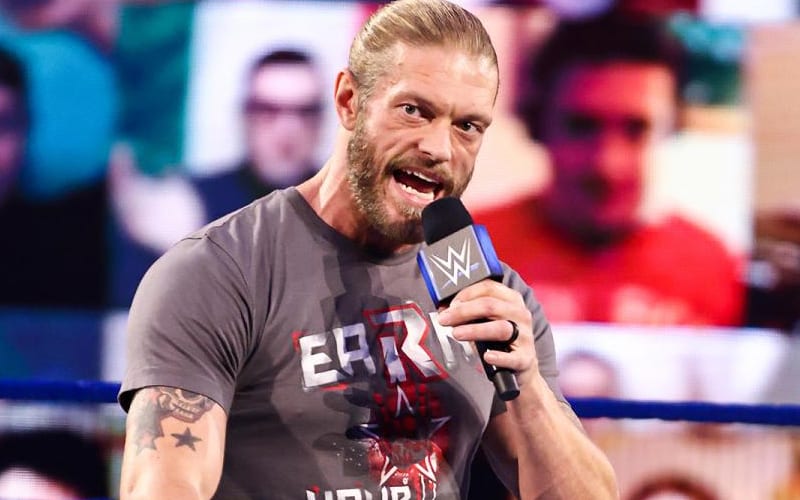 WWE Hall Of Famer Edge is set to compete in a triple threat match as he will square off against Daniel Bryan and Roman Reigns for the WWE Universal Championship at WrestleMania 37.

It seems the match will be taking place on a very historic day for Edge as it will be 10 years since the day he announced his retirement. Edge spoke about the moment on the ‘Out of Character’ podcast.

“It got pointed out to me that the second night of Mania is ten years to the day that I announced my retirement on Raw. You can’t write stuff like that.

“I don’t know if serendipitous is the right word, who knows, but sometimes things work in magical ways and I think that that’s one of them. To be able to kind of come full circle, full deck, after having this thing torn away from me. That it’s back and, somehow, I’m in the main event of WrestleMania.”

We will have to see who will come out on top in the main event of WrestleMania 37 this year.