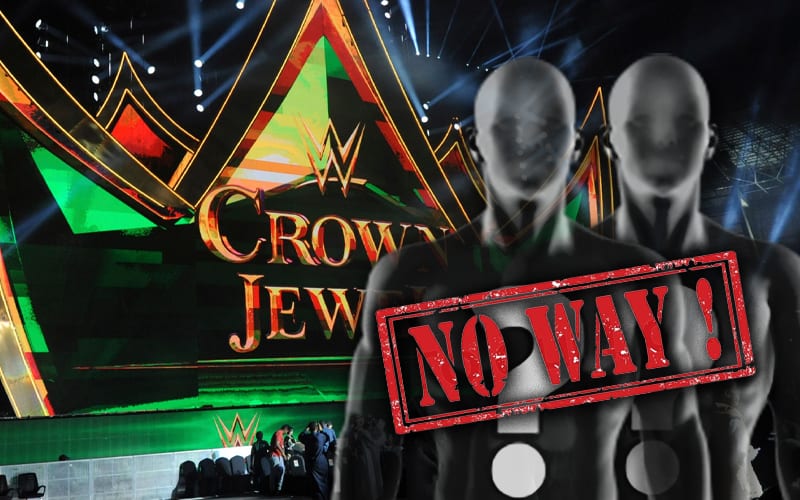 WWE had a very scary situation in Saudi Arabia after Crown Jewel in 2019. Superstars were stuck in the country for an extra day after an alleged dispute with Vince McMahon and the Prince. This caused some obvious issues on the roster.

During Wrestling Observer Radio, Dave Meltzer discussed how Andrade said he wasn’t going back to Saudi Arabia. He also revealed that another team who is no longer with WWE said the same thing.

“After Saudi Arabia they went to Europe and a whole bunch of guys said that they’re not going back, but at the end of the day almost all of them went back. I know FTR was on the list and I guess Andrade was. There were others, but those were those who said ‘we’re not going back.'”

Karl Anderson’s wife also said that he’s not going back to Saudi Arabia. That situation was a scary one for a lot of people and many didn’t want to take the chance on a repeat situation going worse the next time around.

WWE hasn’t been able to do a Saudi Arabian show since the pandemic started. They do have plans to go back as soon as they can make it work.