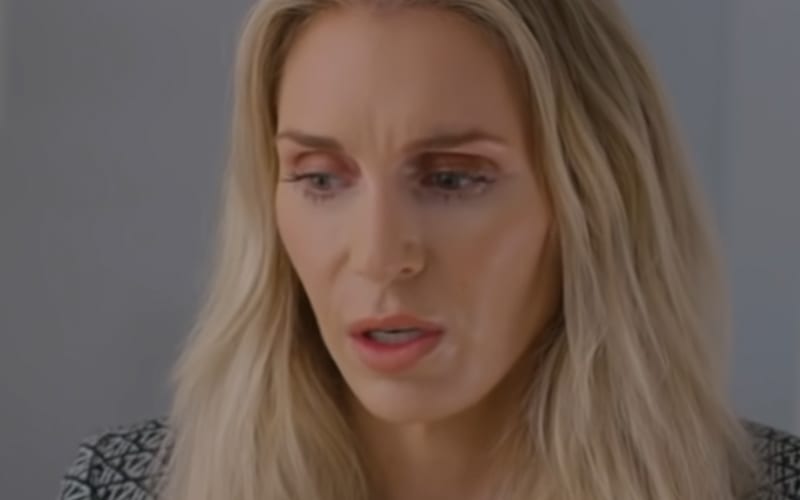 WWE has a lot of people backstage doing their jobs. Sometimes photographers are snapping away. We’re not sure if this was an official photo, but someone snapped a pic of The Queen that didn’t make her happy.

Lucha Libre Online recently spoke to Andrade about a myriad of topics. One thing that came up was that Charlotte Flair had an issue backstage because someone took a photo of her when she was changing.

In the interview translated from Spanish, Andrade said:

“She’s had problems backstage. One time someone took a photo of her when she was changing. We know who but she didn’t want to say anything and WWE didn’t know about it.”

Charlotte Flair was backstage at the ThunderDome last night, but she wasn’t used. We’ll have to see if WWE puts her back in the mix for WrestleMania. Andrade said that they pulled her from the show of shows because the company’s doctor mistakenly thought she was pregnant, something that Flair later confirmed and expanded on.