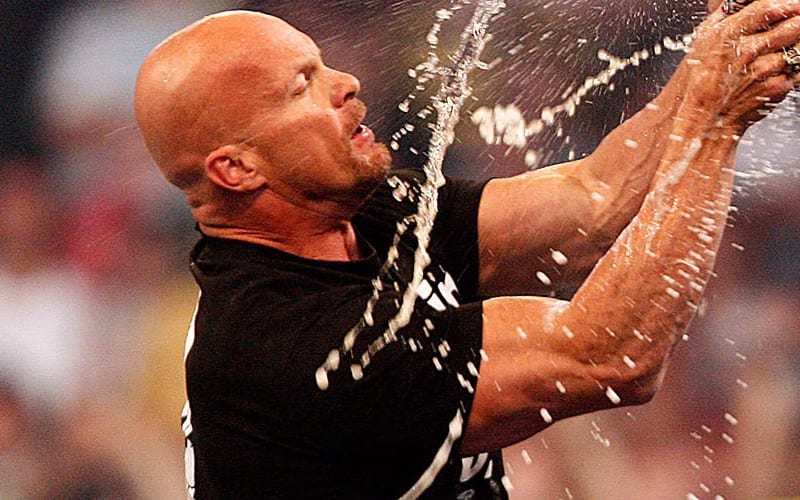 Steve Austin’s time in a WWE ring used to include plenty of beer. He would smash a dozen cans or more for the live fans. By the end of his beer bashes, the Rattlesnake would be soaked with adult beverages.

While speaking to Not Sam Wrestling, Steve Austin revealed that there were some guys who wore body suits that had issues with funky smells. He didn’t have that problem because Austin just rinsed himself off in the sink.

“Man, I don’t wanna name any names, because I was telling someone else when you’re on the road and you’ve got those guys with those body suits and stuff like that they get kinda funky. You sweat and you pack your stuff in a bag, you don’t give it a chance to air out and it’s on the road.”

“I used to just, because I got covered in so much beer, I just rinse out in my trunks in the sink and just hang them up. I was pretty good.”

Steve Austin has wrestled his final match, but you can never count out the possibility of another beer bash down the line. Odds are when live fans can return to WWE events he will have a big party in the ring so the WWE Universe can give him a “HELL YEAH!” once again.