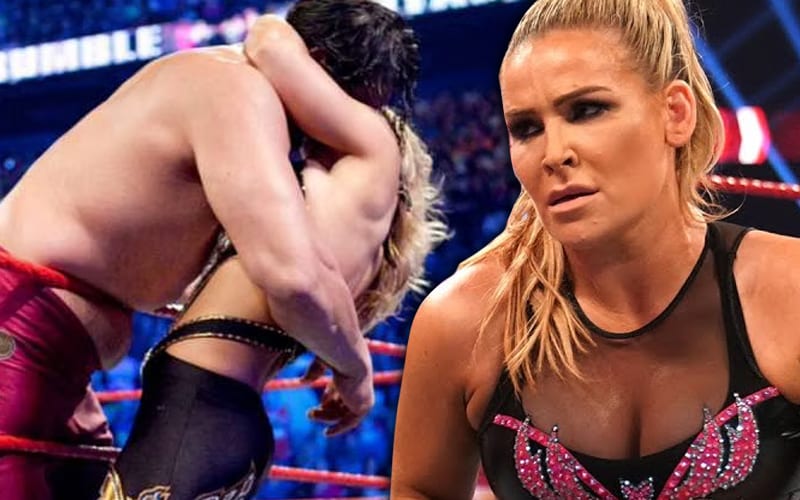 The Great Khali was taken out of the 2010 Royal Rumble match as Beth Phoenix tricked him. She kissed him and that was able to help her eliminate the big man. Natalya is pretty jealous about that.

The Queen of Harts logged onto Twitter where she confessed that there were multiple pitches for her to kiss Khali. WWE didn’t go with any of those and decided to Beth Phoenix needed to kiss him instead. This caused a bit of jealousness upon watching the tape.

Watching @TheBethPhoenix kiss The Great Khali in the Royal Rumble in 2010 makes me jealous. True story… I pitched to kiss the Khali numerous times, and it never happened. There’s still time!

There is still time for The Great Khali to get a kiss from Natalya. TJ Wilson might not 100% be okay with it, but there might not be much he can do about the situation, especially if Nattie is following an order from Vince McMahon.