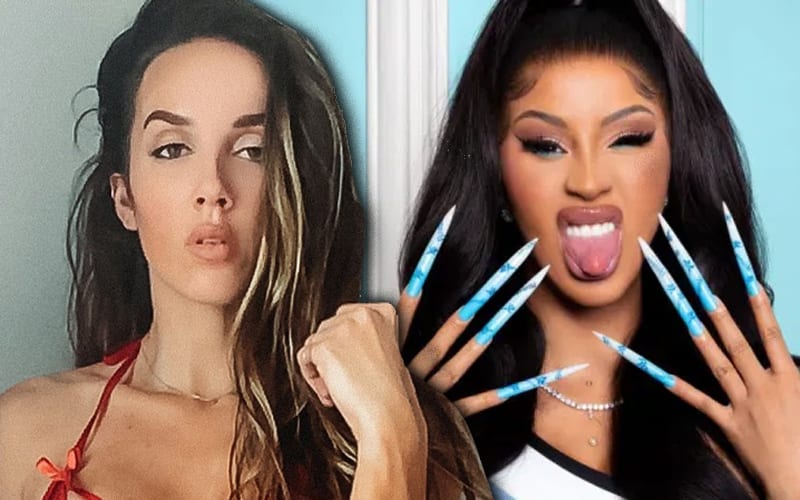 Chelsea Green has been through quite a road with WWE so far, and she recently inked a new three-year deal. She is on the verge of a return after being cleared from her recent injury, but there is still doubt there.

Cardi B sent out a tweet that let fans know something she tells her friends. The famous rapper tweeted out saying: “Me to my friends: Stop doubting yourself you stupid bitch.”

Chelsea Green saw this tweet and it apparently hit home with her. She responded to say: “Me to myself:” which indicates that Green is having some issues with doubting herself.

We’ll have to see what Chelsea Green does next in WWE. She is waiting in the wings right now, looking for her next opportunity. It might just happen sooner than you’d think.