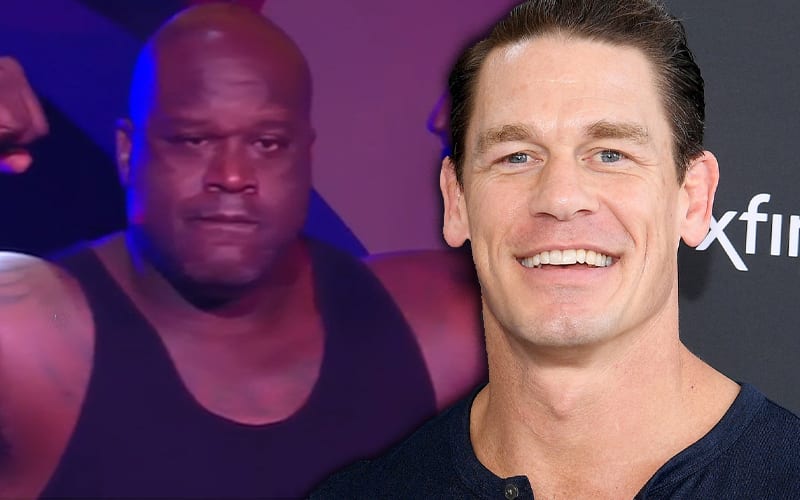 Shaquille O’Neal made his in-ring debut for AEW and he received praise for his performance. The NBA Hall of Famer even took a bump through a table which was something nobody saw coming. He still wants to know what a real pro thinks.

While speaking on the NBA on TNT post game show, John Cena was asked a very interesting question. Cena was in his Peacemaker costume during the interview so it made things even more unique.

Shaq, who is on the NBA on TNT panel, asked Cena to grade his performance on AEW Dynamite. Cena, a “WWE lifer,” replied without necessarily giving praise to any one person or company.

They played clips from Shaq’s match from the AEW Dynamite Crossroads special. Shaq said he just wanted to represent pro wrestlers because he respects what they do so much.

John Cena then said that Shaq is on a Mt. Rushmore of sports entertainers. If Shaq wasn’t so talented at basketball, he could have been a great WWE Superstar and Cena believes Shaq could still make that happen if he wanted to.