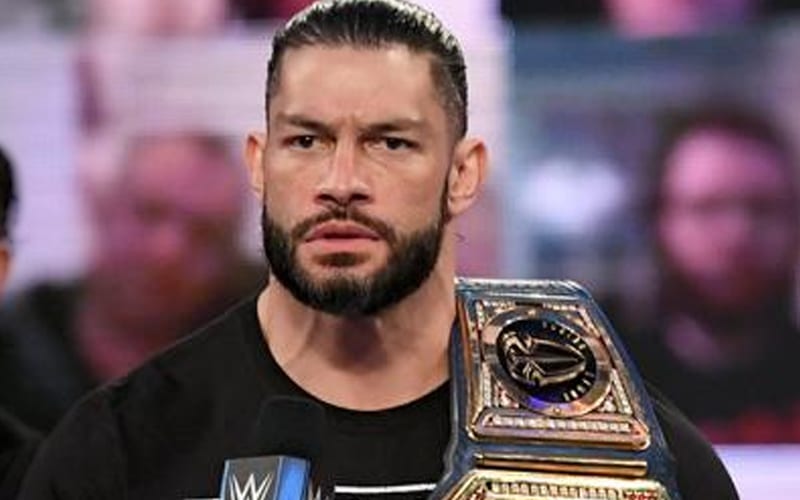 Roman Reigns is set to defend the Universal Title against Edge and Daniel Bryan at WrestleMania. Their match will cap off night two of the event and he considers that the only main event.

The Tribal Chief sent out a message to hype his upcoming title defense. He made it clear during SmackDown that he will only be wrestling and defending the Universal Title once. That is why the match is now a triple threat. Reigns said that in two weeks fans will see the only true main event of WrestleMania 37.

The 1 and ONLY Main Event.

Night one of WrestleMania 37 could be headlined by a couple matches. It’s pretty clear which match Roman Reigns thinks will close out the second night of the event. The big question is whether he will be able to hold onto his title.