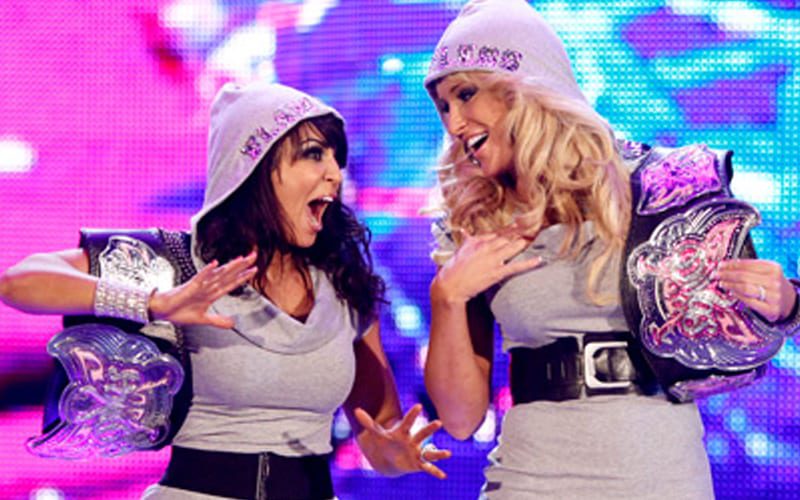 The Undertaker and Michelle McCool are a married couple and they were together while she was in WWE. Some people assumed that got her preferential treatment, but her tag team partner can attest to the opposite.

Excuse Me recently had Layla on the podcast where she spoke about Michelle McCool a bit. She discussed all the times that a creative idea was squashed backstage definitely proving that Michelle McCool didn’t get everything she wanted.

“Michelle and I got told no many times. It wasn’t like we got what we wanted. It wasn’t like that. I can promise you that. I was there. I’m just going to be really honest about this. Michelle being married to Taker, or his girlfriend I think at the time, eventually, their marriage was a little bit after that, people were like, ‘Oh, she’s going to get whatever she wants.’ I was there to witness it. That was not the case. It had nothing to do with that.”

Michelle McCool revealed in an interview that she requested her release from WWE because it wasn’t fun anymore. The backstage heat toward her made pro wrestling something that she didn’t love anymore, so she needed to step away. She is still with The Undertaker and enjoying life after he took his own last ride.