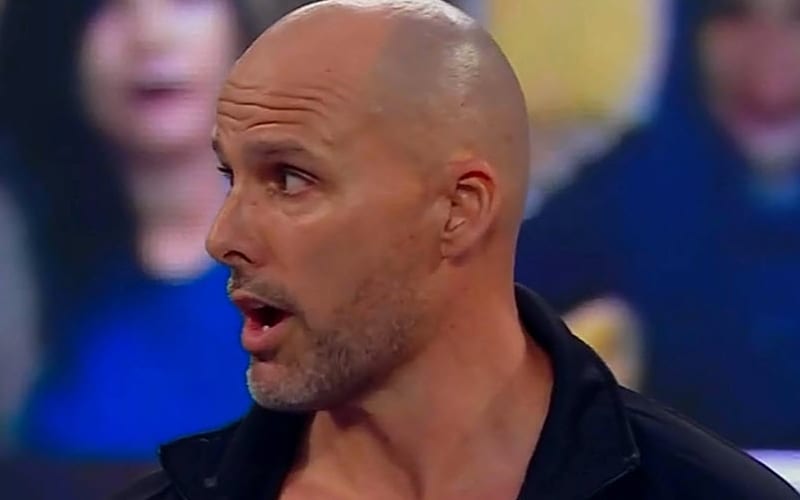 Adam Pearce is a producer in WWE and he has taken on an on-screen character in recent memory. He teased returning to the ring, but that is not something that he intends on doing full-time at all.

The PWI Podcast recently had the five-time NWA World Heavyweight Champion on the show. Pearce explained his current position in WWE and how he has no desire to make a full-time return to the squared circle.

“I have zero interest in being a full-time wrestler ever again in my life.  Zero.  Less than zero.  Everything that’s happening and has happened to this point has been the proverbial cliché ‘icing on the cake’ in a very real and literal sense for me.  I’m having the time of my life doing this now, mostly because I don’t have to do it to make a living anymore.  It’s really gratifying to be in there with the very best in our profession, whether you’re talking about Roman, or whether you’re talking about Paul Heyman.  On the Raw side, I had some interactions with Randy Orton not too long ago that could have and may still go somewhere further too.  This is the cream of the crop and I get to ply my trade and match wits and clang swords with these guys.  I never thought that was going to happen.  So, whatever ends up happening is the perfect, coming around full circle if you will.  It’s amazing.”

Adam Pearce might have retired from full-time competition, but you also never know what WWE might book as a one-off match. They’ve teased Pearce wrestling Roman Reigns in the past and Scrap Daddy has even gotten physical along the way.