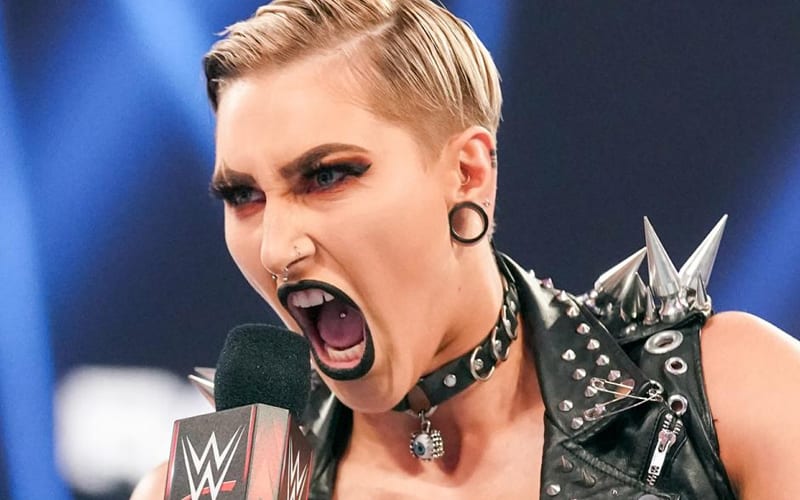 Rhea Ripley had quite a debut on the red brand this week. She immediately set up a RAW Women’s Title match against Asuka at WrestleMania, and she has her eyes firmly on the prize.

Rhea Ripley appeared on RAW Talk after this week’s show. She was asked about her WrestleMania match and wondered if Asuka is really ready for her.

“Asuka wants to know if I’m ready for her, but is Asuka really ready for Rhea Ripley? That’s the main question we have here.”

When asked what she learned since WrestleMania last year, Ripley said, “wouldn’t you like to know.” The Nightmare’s secrets are her own to know and she’s not sharing them. She said that people will know her secrets when she’s in the ring brutalizing her opponents.

It seems that she is playing a mean heel on the main roster and that certainly transferred into this interview segment.