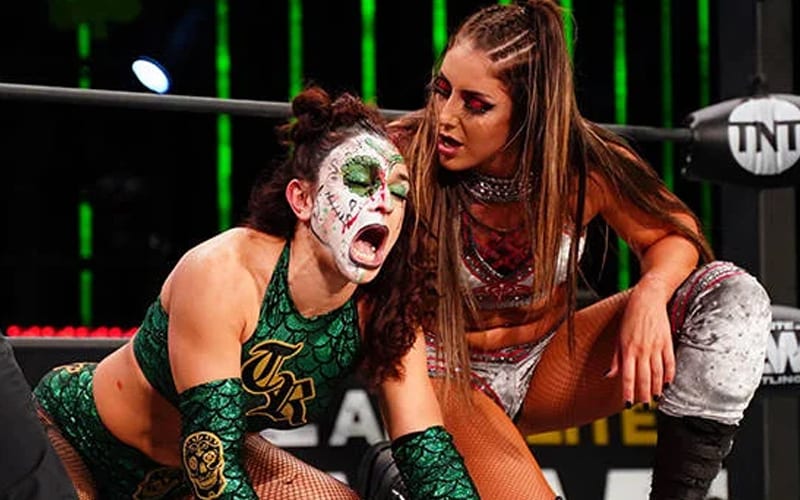 Britt Baker lost an unsanctioned match on Dynamite this week and it was a bloody event that drew a lot of attention. This was also the result of a lot of work.

Thunder Rosa and Baker have been at odds with each other for a long time. Rosa has been chasing AEW’s resident dentist with a mission to seek retribution. The two finally threw down in that historic match, and it took plenty of time to figure out.

According to the Wrestling Observer Newsletter, the Thunder Rosa vs Britt Baker unsanctioned match took nearly half a year to build when everything was said and done.

This match was the culmination of almost six months of planning

Hikaru Shida was watching the match from backstage. It stands to reason that Britt Baker or Thunder Rosa should be propelled into an AEW Women’s World Title program next. We will have to see how the dust settles after such a brutal and attention-grabbing unsanctioned main event.