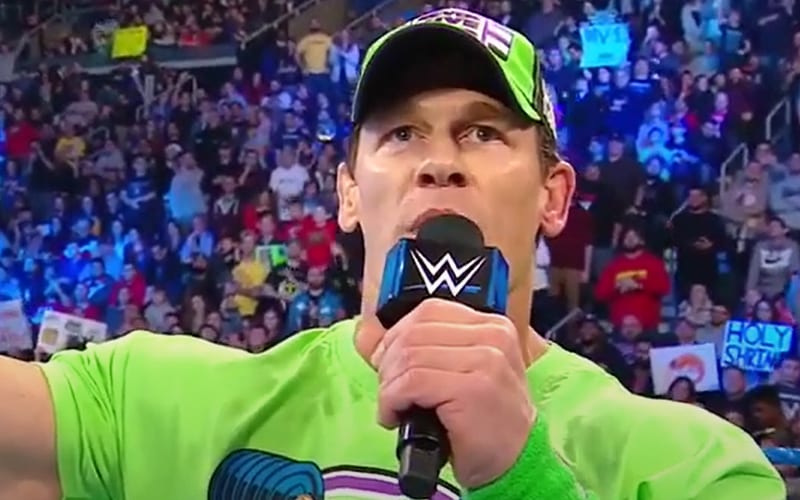 WWE had to change up a ton of their plans for 2020 due to the COVID-19 pandemic. A rumor is going around about a supposed huge nixed match for the biggest party of the summer, and we must squash it.

A report is gong around that WWE planned a big WWE Title reign for Drew McIntyre after WrestleMania 36. That allegedly included the Scottish Warrior toppling John Cena at SummerSlam in Boston.

Ringside News has asked around about those plans and we were told this report is “total bullsh*t.” There was never any plan for Drew McIntyre to take on John Cena at SummerSlam, with or without the pandemic.

We were told that there isn’t even a question about whether it was planned or not. It simply wasn’t WWE’s intention at all to set up McIntyre vs Cena at SummerSlam.

John Cena was thought to be a part of WrestleMania this year. That won’t happen unless Canada suddenly drops their COVID-19 protocol. Cena is filming the Peacemaker series for HBO Max and the production can’t halt while Cena quarantines after a WrestleMania match in Tampa.