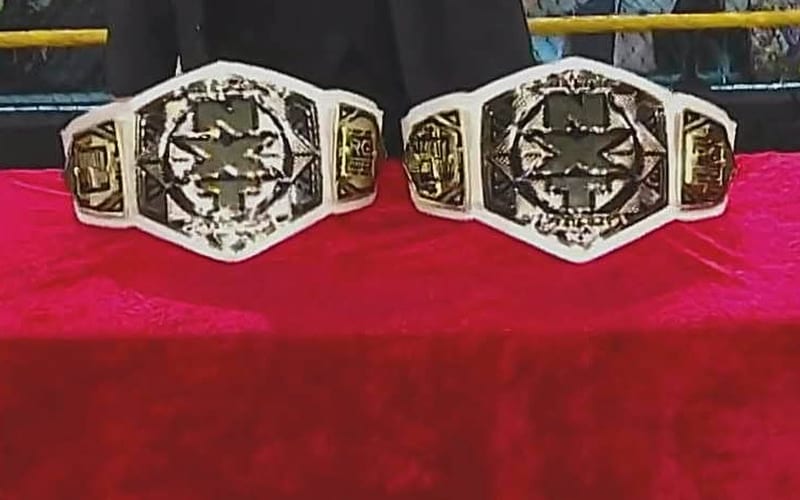 WWE started off NXT by revealing new titles and presenting them to their first owners. That was quite a way to kick things off this week.

It is time for the women’s division to get brand new titles. William Regal had the Women’s Division come out and they lined the ramp.

After William Regal praised the division, he asked the winners of the first-ever Women’s Dusty Rhodes Classic Tournament, Dakota Kai and Raquel Gonzalez, to step in the ring.

William Regal then revealed the new NXT Women Tag Team Titles and he presented them to Dakota Kai and Raquel Gonzalez. After they were crowned the new champions, they cut a heel promo in the ring.

This led Shotzi Blackheart and Ember Moon to step up as their first challengers.