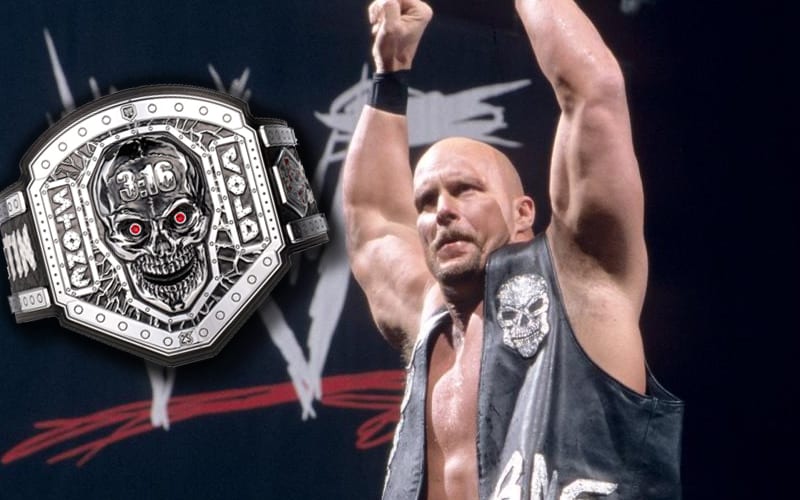 WWE realizes that some of their fans have a disposable income, and some of those people collect title belts. The company dropped a limited edition Steve Austin belt that will likely cause fans to spend big in a hurry.

500 limited edition “Stone Cold” Steve Austin title belts have been made, but they’re not cheap. The titles are currently selling for $999.99. That’s a lot to drop on a piece of memorabilia, but they’re only around until they’re gone.

Just in time to celebrate 25 years of the Stone Cold era, WWE Shop is proud to release the Limited Edition “Stone Cold” Steve Austin Legacy Title. Every aspect of this title has been designed to make the entire WWE Universe say, “Oh Hell Yeah!”

Only 500 individually numbered titles will ever be produced, and each comes in its very own skull collector’s case. This is truly a must-have piece that won’t be available very long.

WWE will likely sell all 500 of these title belts, just as they have other limited edition titles for Bret Hart, Undertaker, and others. If you’ve always wanted a special tribute to Steve Austin then this might be up your alley as well.