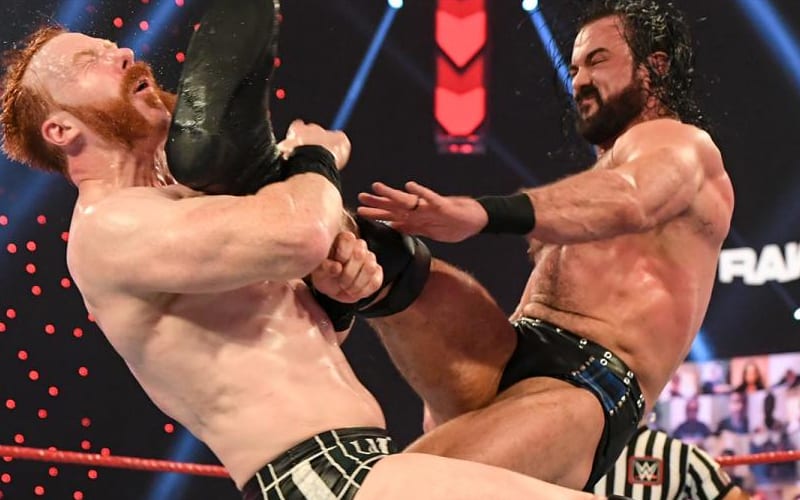 WWE presented a very interesting night for RAW this week. It ended with a WWE Title change, but two former champions battling in the opening match really stole the show.

Drew McIntyre returned to WWE RAW this week and he had a mission. First he needed to face his longtime friend Sheamus. That 24-minute match lit up the Internet Wrestling Community as fans wondered why it wasn’t on pay-per-view. It was that good.

Fightful Select reports that WWE higher-ups agreed how good the match was. It was also stated that Sheamus’ hard work and hot streak were topics of conversation.

Higher ups in WWE that we spoke to said that they were pleased with the match, and noted specifically Sheamus’ in-ring hot streak of late. We’re told that a large portion of the match was called in the ring as well.

They say that you’re always rougher on your friends in the square circle, and that match was no exception. Drew McIntyre and Sheamus beat the pulp out of each other throughout that entire match.

Drew McIntyre and Sheamus tore the house down inside the ThunderDome this week. We’ll have to see if they’ll be permitted to try and top that match on a bigger stage. It certainly drew the right kind of attention this week.