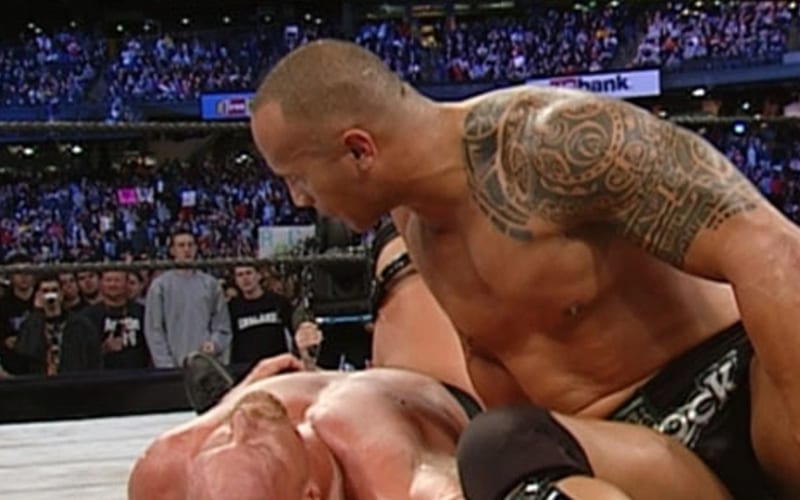 The Rock and “Stone Cold” Steve Austin battled all over the world, and they also made a couple WrestleMania moments. The Rattlesnake lost to The Great One at WrestleMania XIX, but he had a lot to say after the pinfall.

The Kelly Clarkson Show recently invited Austin on as a guest where he revealed what Dwayne Johnson told him after he took three Rock Bottoms and lost at the show of shows.

“After the three-count, after he pinned me, after three Rock Bottoms, he just said, ‘Man, I can’t thank you enough for what you did for me. I just want you to know I love you, man.’ I’m laying there, we got 70 thousand people there, a couple of million people watching on pay-per-view. I just kind of looked up at him, I think I had my eyes closed, I said, ‘I love you too.’ Verbatim.”

The Rock and Austin might have never met in the ring again, but they told plenty of great stories in their time. That was a big WrestleMania moment that fans are still talking about to this day. It stands tall as a moment to emulate as we are on another road to WrestleMania. Only time will tell if it will be matched this year.