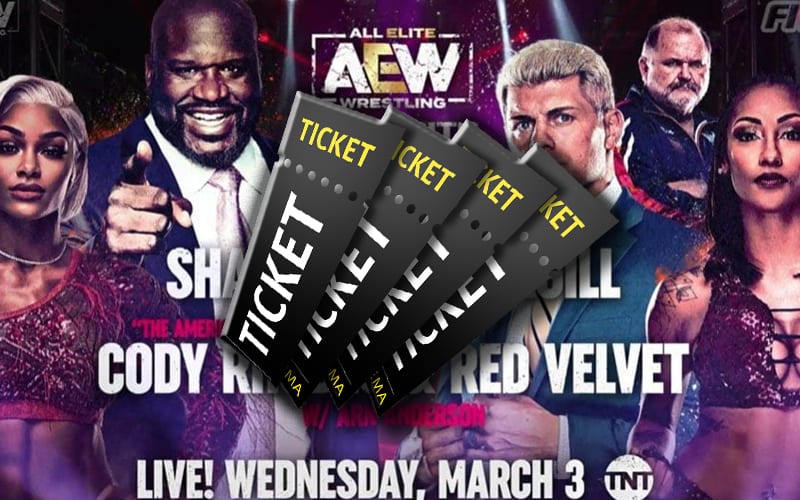 AEW is holding a loaded show this week. Shaq will be there, and they will put the finishing touches on things before Revolution. How many fans will be there?

Dave Meltzer reported that AEW sold out Dynamite tonight at Daily’s Place in Jacksonville, Florida. They will socially distance just over 1,000 fans for tonight’s event.

AEW officially sold out for tonight. Roughly 1,100, will get actual number later.

The company’s Revolution tickets sold out in minutes, and Tony Khan put even more tickets on sale. They will also show the pay-per-view in a movie theater setting in limited cinemas.