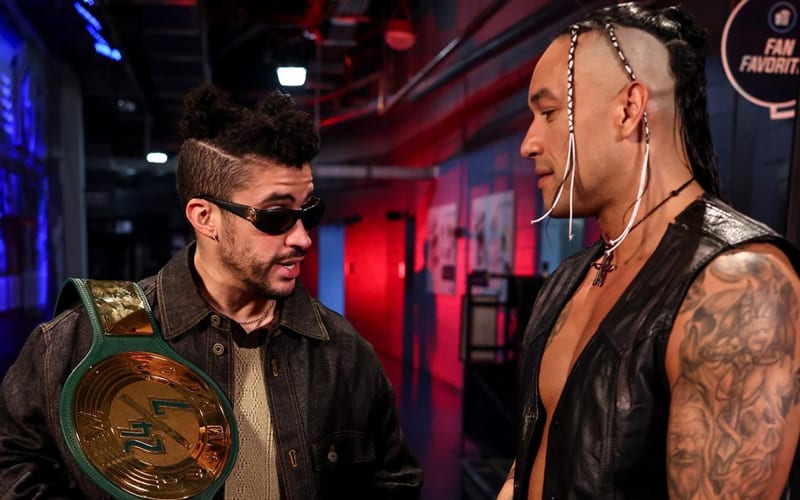 Bad Bunny brought a lot of attention to WWE, and Damian Priest has enjoyed quite a spotlight alongside the famous rapper. The two are very friendly on television as well, and it is benefiting both sides in the partnership.

During Wrestling Observer Radio, Dave Meltzer brought up how well Bad Bunny is doing on YouTube with WWE fans. It was said that Damian Priest is likely receiving that love as well, because the company has been looking for a top Hispanic Superstar for a long time. Since they are doing well on YouTube then they will continue receiving that focus.

Bad Bunny and Damian Priest are slated to face The Miz and John Morrison at WrestleMania. WWE has needed to preoccupy Bunny and Priest’s time in recent weeks because the A-Lister had to carry the WWE Title, but that angle for the show of shows is likely to kick up a notch again very soon.