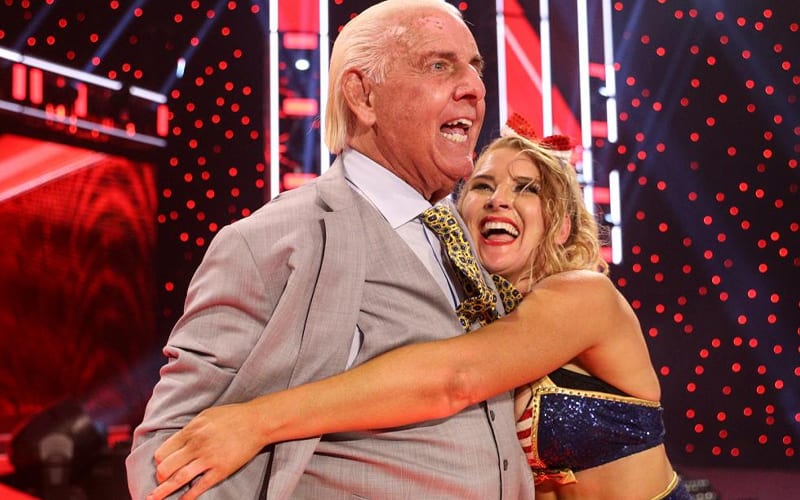 Ric Flair and Charlotte Flair have been involved with each other on screen in the past. It only makes sense because WWE is no stranger to father/daughter storylines. Their recent storyline came as a shock for a lot of fans.

While speaking to Wrestling Inc, Ric Flair opened up about his latest heel turn with Lacey Evans. He was asked about how it came about, and the only answer he could provide included a suggestion to ask those in charge.

“You’re talking to the wrong guy. You need to get that interview with somebody in the office. I have no idea. I just got to TV, and they said it to me. I was as much in shock as you were. I came to Legends Reunion to be a legend.

“Next thing I know I’m managing Lacey, no explanation, and she’s such a nice girl. She wanted it so bad, but life is life, and I told her I wouldn’t trade out your pregnancy for wrestling for one second. She was hurt a couple days, but she’s gone home and realized that, ‘hey, I’m having a baby.’ Ultimately in life, is there anything bigger than family?”

Lacey Evans’ real-life pregnancy caused WWE to nix her from television, and then Charlotte Flair told Ric Flair to go home. This might be the end of that angle, but Ric Flair will certainly be back on WWE television. The big question is whether he will be a babyface or a heel.