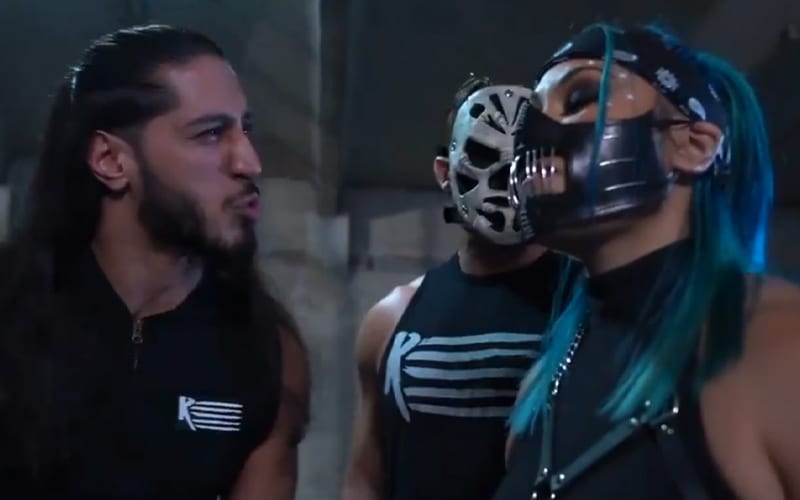 Mustafa Ali is not happy about Retribution’s win/loss record. He is now thinking that it might be time to shake things up.

Ali tweeted out a new video of himself chastising Retribution backstage before RAW. They were all listening to their leader as he carried on about how things need to change. In the end, Mustafa Ali left in an angry huff after making his point.

“I brought us together because the system failed me, but now I realize it’s not just the system who failed me. It is each and every one of you! You continue to fail me over and over again. I brought you to Monday Night RAW to shake things up! If you’re not capable of doing what you’re told then maybe it’s Retribution that needs to be shaken up!”

There are rumors that Retribution might be on the verge of a breakup. Mustafa Ali certainly seems determined to make a change in some way. You can check out the video below.