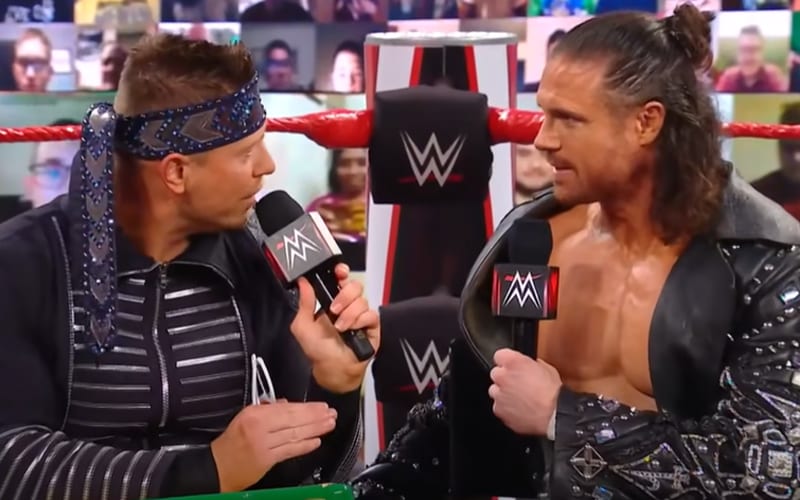 The Miz shocked the world when he won the WWE Championship at WWE Elimination Chamber, after cashing in his Money In The Bank briefcase against Drew McIntyre.

His close friend John Morrison was certainly elated at The Miz’s massive win. Ahead of The Miz’s huge title match on Monday Night RAW, John Morrison took to Twitter and paid a touching tribute to The Miz.

Apart from The Miz, the message was addressed to all WWE fans as well. After giving a lot of praise to The Miz, Morrison said that he was never supposed to be WWE Champion and not even last one year in WWE.

“Congrats to WWE Champion @Mikethemiz!!! Sometimes sitting in the locker room feels like sitting in a bucket full of lobsters – Everyone pulling each other down. The Miz has always been the opposite – Even when he’s down he puts positive energy out to his inner circle. & when he stands victoriously with his hands raised, he is the type to reach back and help his friends up because their success is his success. He was never supposed to be WWE Champion. He wasn’t even supposed to last 1 year in the WWE… He’s won the WWE Championship twice because he doesn’t care what critics think or say about him. He knows how to win.”

Morrison then diverted his attention to the Hurt Business, stating that Bobby Lashley would replace all members of the faction at a moment’s notice. Morrison ended it by saying he will be at The Miz’s corner for his title match on Monday.

We will have to see whether The Miz will be able to retain his WWE Championship against Bobby Lashley on WWE RAW.