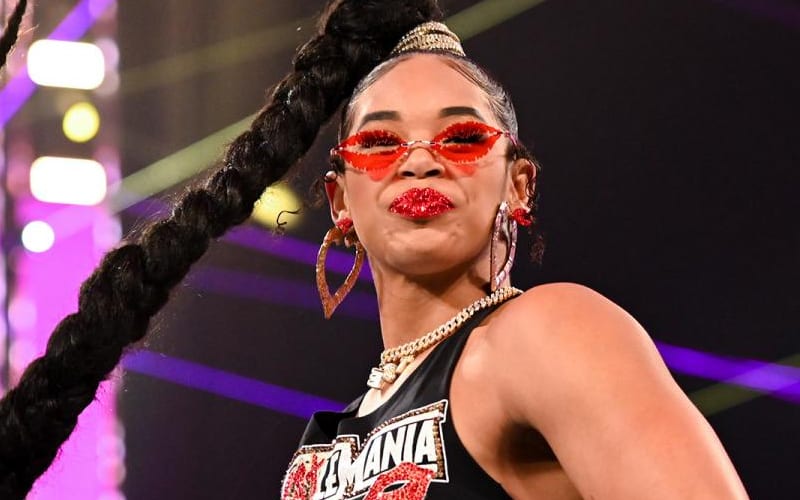 Bianca Belair’s historic Royal Rumble win marked a huge moment in her career. It was also followed by a WrestleMania announcement that took place on Friday’s SmackDown. She picked Sasha Banks, cementing a match that will be a main event at WrestleMania 37.

After she made her big announcement, Belair told WWE’s camera backstage that the nerves were real before the big moment. She was nervous and shaking, but the EST of WWE was able to make her moment happen on the road to WrestleMania.

“I just made my decision out there in the ring in front of the whole WWE Universe on Friday Night SmackDown. It just makes it even more real. I was actually out there shaking because I was so… I wasn’t nervous, I was excited to make this decision because now it’s out there, now it’s final, and I can start wrapping my mind around it, getting my emotions in check, and just getting ready.”

We’re still on the road to WrestleMania. Sasha Banks and Bianca Belair will likely continue their storyline. Right now they seem like frenemies, but you never know how things will play out as we get closer to the show of shows on April 10th and 11th.