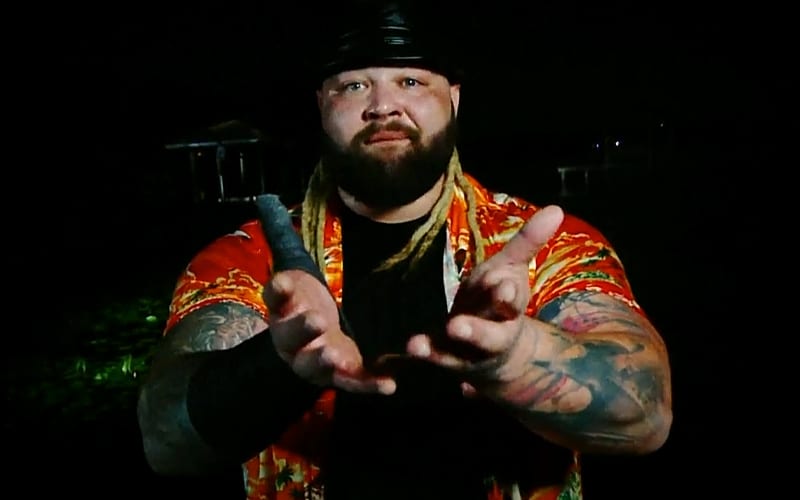 WWE needs extras for all types of roles. You never know what the company will ask of you when showing up for work. The Beer City Bruiser recently revealed that he played Bray Wyatt during a 2018 segment.

While speaking to Fightful, the Beer City Bruiser talked about how WWE brought him in for several different shows for extra work. He made this connection through Simon Dean. They liked him enough to give him a spotlight role as Bray Wyatt’s stand-in.

WWE brought him in during the Roman Reigns vs. Bray Wyatt feud to portray the fake Bray Wyatt because they’re built similarly. Around that time, Ring of Honor offered Bruiser a contract.

WWE apparently asked Beer City Bruiser to keep the line of communication open. They talked to him later on, but he passed on their offer to stick with ROH. It makes us have to wonder what kind of roles Beer City Bruiser might have been able to play if he took WWE’s deal.